The series of conferences on Indo-Pacific fish, initiated by Australia (Sydney, 1981), is aimed at presenting the latest results of studies on the biodiversity of sea and fresh water fish of the Indo-Pacific area. After the conferences in Japan (Tokyo, 1985), New Zealand (Wellington, 1989) and Thailand (Bangkok, 1993), France wanted to host the 5th Indo-Pacific Conference and entrusted IRG (Institut de recherche pour le développement)  with its organization  and the conference was convened in Noumea from 3 to 8 November, 1997.
The Noumea conference gathered together almost 300 participants from 33 countries and about 250 presentations (200 oral and 50 posters) were made in 14 symposia and 8 workshops. This fifth conference aimed at an evolution of the research themes examined , by reducing the relative importance of the communications on systematics – which  had been the main topic of the preceding conferences – and by increasing markedly the places reserved for presentations on biology, ecology and the ethology of fish. 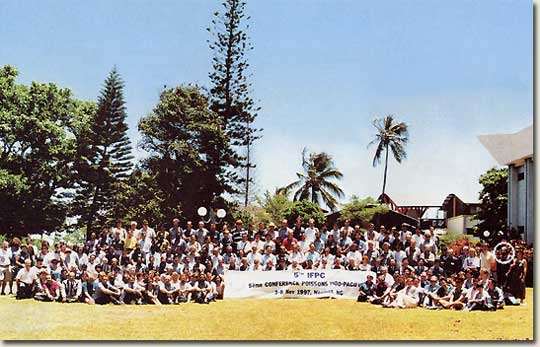 Heiko participated with four oral presentations on extinct freshwater species, threatened and endangered species, as well as on biodiversity, biology and discovery of new species. 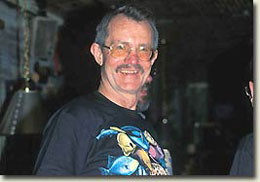 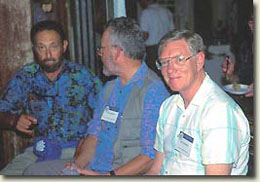 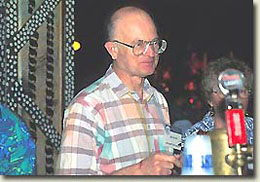 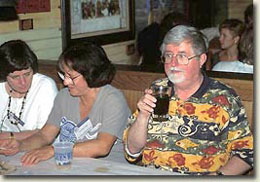