The bi-annual ANGFA National Convention took this year place in Darwin, the capital of of the Northern Territories, for the first time. Heiko Bleher was invited again, as every time, next to several famous speakers from around the world, from Africa, America, Asia and naturally Australia. 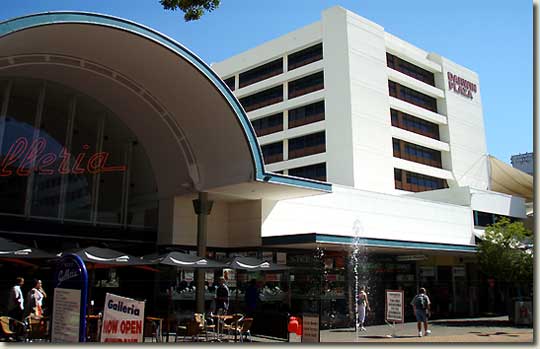 The Crowne Plaza, the only 5 star hotel in Darwin, was the venue the active ANGFA people were able to get for a very low cost price for the conference. ANGFA is a tremendous group of enthusiasts and so well organised, that their membership has grown from 366 in 2004 to almost 500 in 2007. That speaks for itself. Darwin and the Crowne Plaza was not only a great location to have the Conference, but it was also perfectly organized by Helen Larson and helpers. Below a few photos and the list of excellent speakers 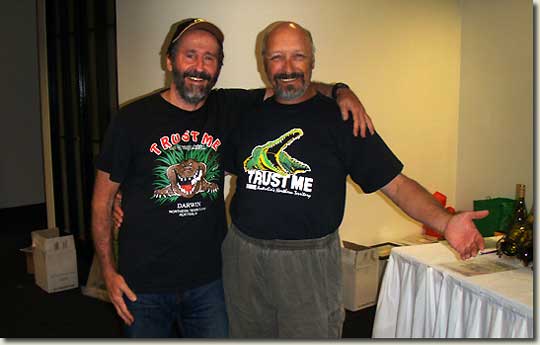 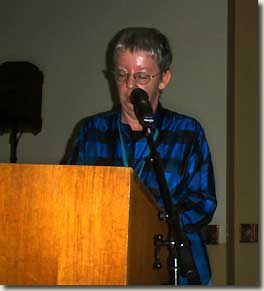 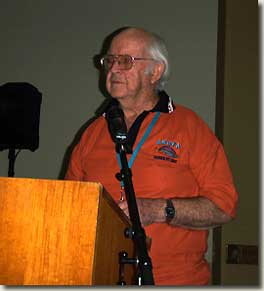 Helen Larson (left) opened the Conference. Helen is probably today the most knowledgeable gobiid ichthyologist worldwide – and specially for fresh and brackish water gobies. Helen works in the Darwin Museum for years and will soon get her well, deserved retirement. She gave an excellent presentation about Australian fishes, the Northern territories in particular and the history of the aborigines and their fishes – the first to learn about them

Ron Bowman (83, right) is the oldest ANGFA member and from the very begin with it. Ron is an active aquarist and breeder for almost three quarters of a century. Ron has met them all, all those who worked with fishes down under during that time. And recently complied a beautiful book with all his correspondence with famous ichthyologists and biologist as well as aquarists from the 1940s up to this date. Amazing compilation, congratulation Ron! 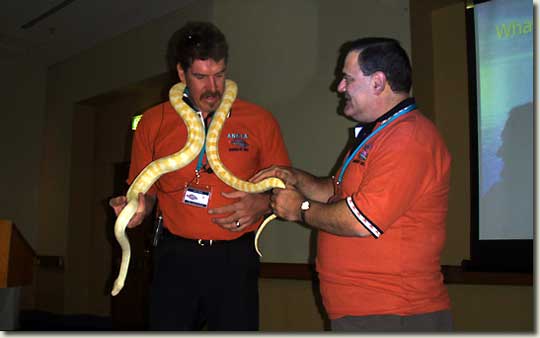 Tony Tucceri (right) was first frightened by the albino carpet python, which Dion Wedd from the Territory Wildlife Park brought to his talk. Tony is the Man behind ANGFA who runs and organizes the show – no one else could do it better. Tony is a banker and everything has to be precise to the tiniest thing and his engagement is remarkable. Thank you Tony for your courage, work and enthusiasm!

One can see below the agenda of this unique ANGFA Conference 2007. In addition only the text John Cousins wrote after the conference about Heiko:
“One of the few speakers to always get a billing at an ANGFA Conference is Heiko Bleher. He is one of those rare individuals you could call a modern day explorer. He manages to get himself into the most remote parts of the globe where there are freshwater fish to be found. Some of the stories he has to tell of how he gets around places where there aren’t airports, roads or even tracks have you gasping and the one where he was trapped inside a mud hut in Ethiopia with a woman coming at him with a machete made me glad I just look for fish in my local Aquarium! However this time he was looking for fish closer to home, in the Aru Islands and Kalimantan of eastern Indonesia. Again he had a strong message about the destruction of habitat and a consequent loss of fish species.”

The 2007 Convention is proudly hosted by:

Registration from 7pm in the Signatures Room of the Crowne Plaza followed by a General Meeting from 7:30 to 8:30 pm. Members invited to ocme along and discuss matters related to the club and the hobby.

02.20-02.40 Chris Humphrey – “Use of fish communities to monitor and assess mining impact in Kakadu National Park”.

05.15 Depart for Post-Convention Party at TWP – All Welcome (further details provided at Convention).