Aquarama had its 11th International Ornamental Fish and Accessories Exhibition again in Singapore’s Suntec Centre. Heiko Bleher was chiefly engaged in the first three Aquarama Exhibitions in organizing the international Conferences and the judging of ornamental fishes (1989, 1991, 1993) and later was invited several times for lectures. In 2009 he was visiting to meet many of the international trade people.

Heiko Bleher visited 20 years after his extensive contribution for Aquarama to take-off in 1989, as well as during the following Exhibition and Conferences in 1991 and 1993 were over 55,000 visitors came each time. But after 1993 the venture was sold and the new organizers have not followed the original Aquarama-concept and it has continuously declined. The visitors and exhibitors at Aquarama 2009 were down again, as in most of the previous events since 1995. There were a little over 18,000 total visitors this year vs more than 22,500 in 2007. The exhibitors accounted for 158 (many combined on a single stand) from 22 countries vs 195 from 26 countries in 2007. Aquarama’s pulling power has lost since they have changed its original identity. Other Asian exclusive Aquarium & Ornamental Fish Exhibitions, such as the biannual AQUA FAIR in Malaysia, the annual AQUARIA in Shanghai, China and the also India’s annual INDAQUARIA have advanced and are becoming the prime exhibitions & conferences for ornamental fishes and accessories in Asia today. 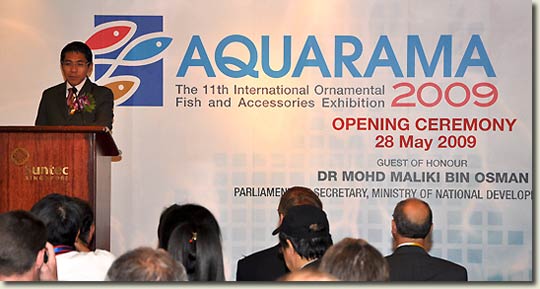 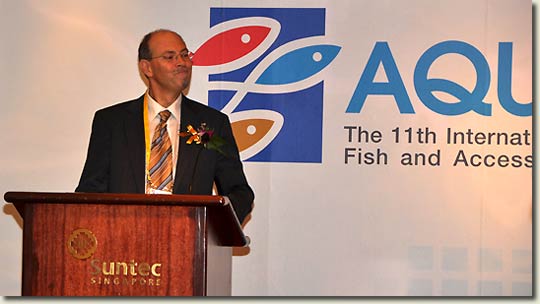 …followed by the President of OFI (another organization Heiko Bleher has founded in 1977), Gerald Bassleer from Belgium 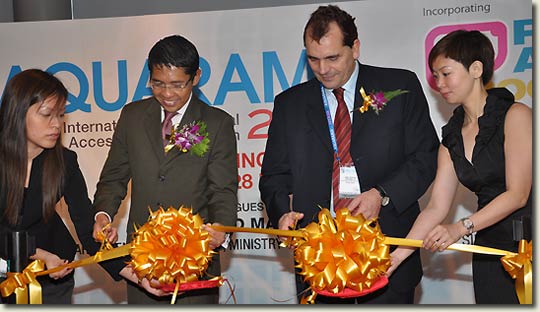 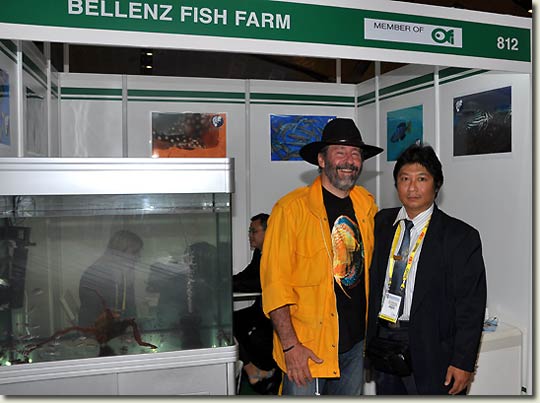 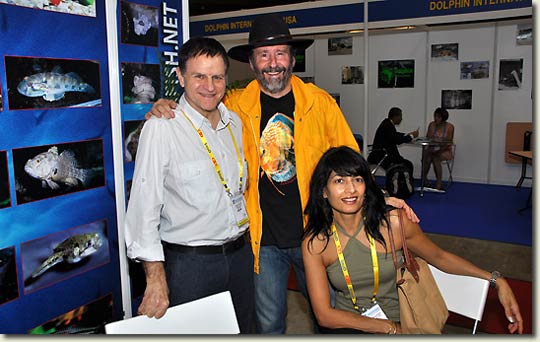 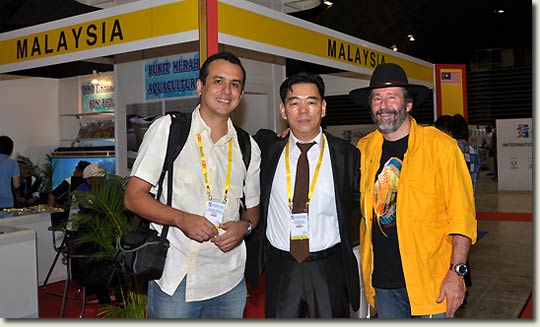 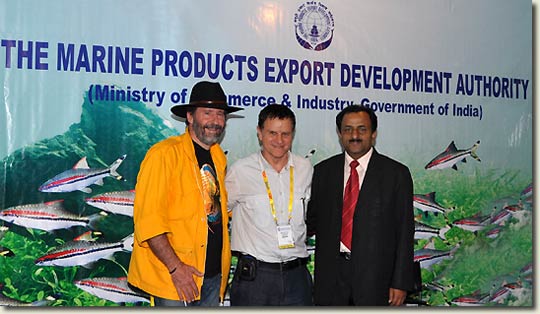 Heiko with Rick and the Director Thomas of MPEDA in India – who invited Heiko already twice for Lectures & Seminars last and this year, as well as for the 2010 event of INDAQUARIA in Chennai on Janauary 8-10th – a date no one should miss 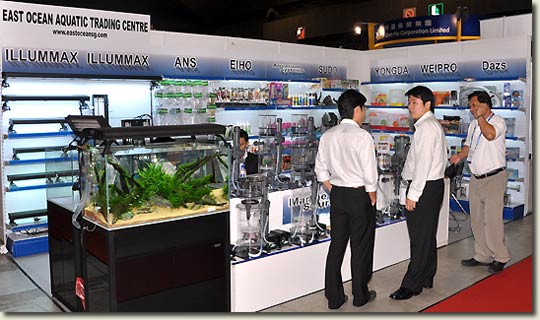 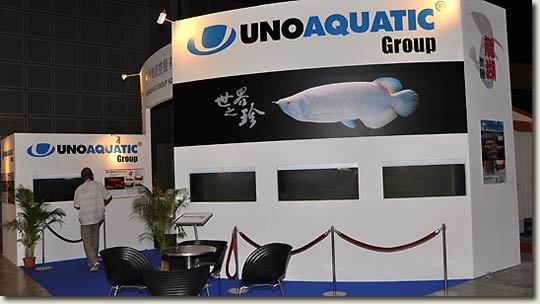 Uno Aquatic Group had again their display of the amazingly expensive Albino Arowanas – going for US$ 25,000 and more 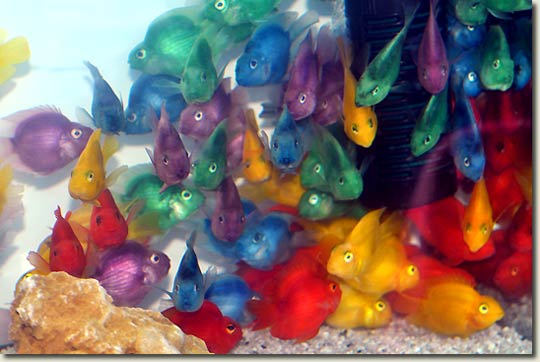 There were some nice Nano-aquariums with Swordtails & Guppies, but also – again – these terrible artificially coloured parrot fishes – in every possible colour, according to order… 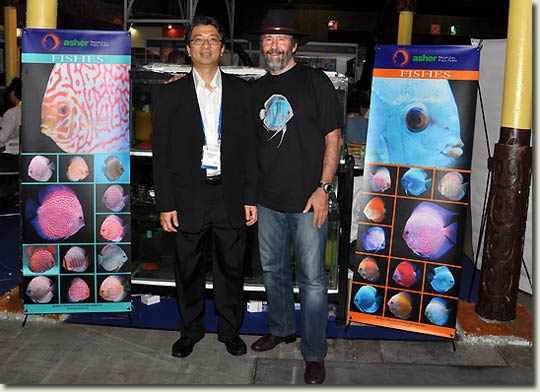 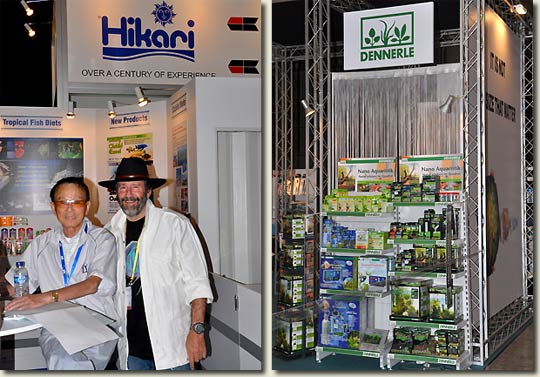 Kamihata-san, owner of Hikari, dear friend and explorer (Heiko took him on a few of his expeditions to the Amazon and New Guinea) here at this stand with Heiko. Also Dennerle had a nice stand 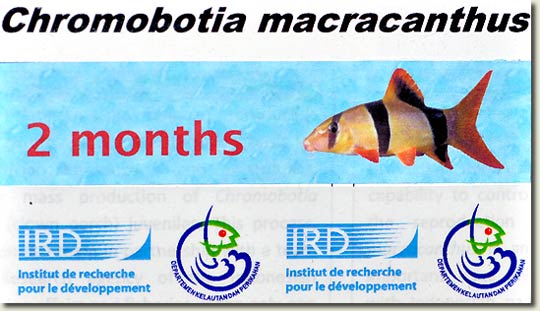 The clown loach, Chromobotia macracanthus, has been bred successfully, and the French organization IRD were selling the patent…