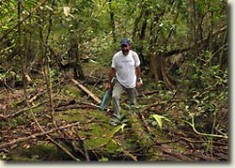 There are places still on this planet which have never been explored, creeks which seem to have been there for millions of years untouched and the Caño de la Libertad in the Amazon state of Colombia in the remote Apaporis region is definitely one of those. Heiko Bleher, guided by a Macuna Indian was able to find it and Natasha, Alexey and Ito came along to see such a unique paradise.

Below some photos of it and also what Heiko found, as well a short film Natasha made in its shallow habitat. 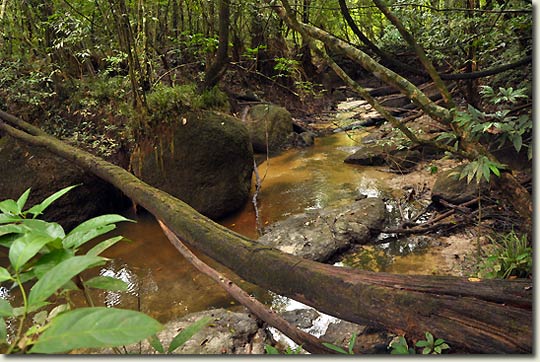 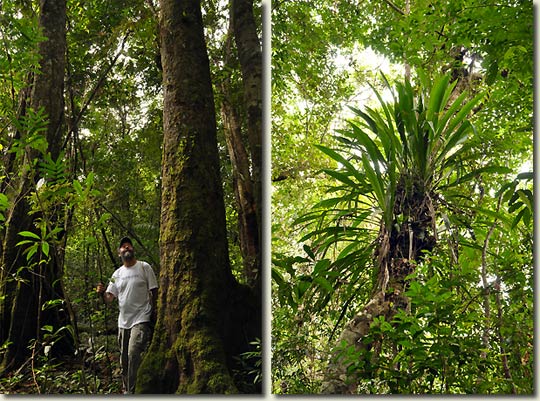 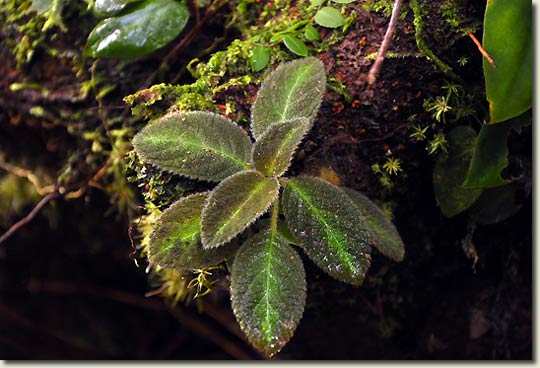 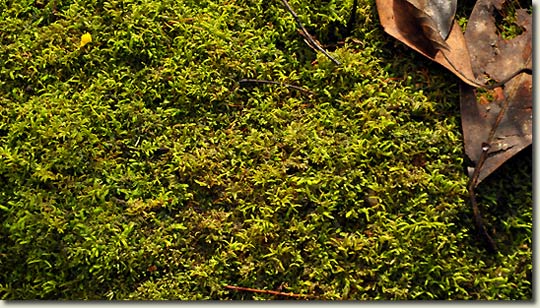 The Caño de la Libertad lies deep in the jungle far away from the Apaporis river and only with the help of a Macuna Indian we were able to find it. We walked along giant trees, seeing fantastic Philodendrons and ferns in the treetops, amazing growth of Begonias and mosses covering the rocks and mushrooms coming of the earth and huge jungle ground areas covered with light green mosses. 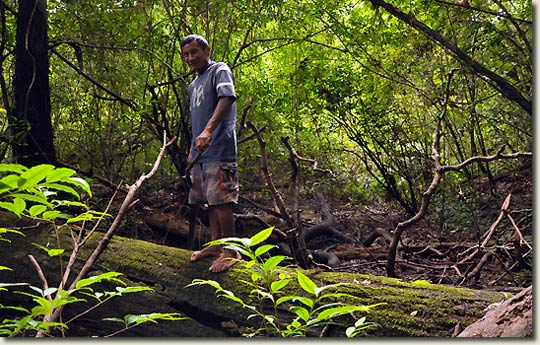 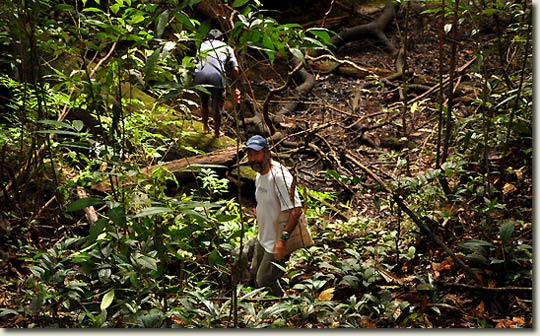 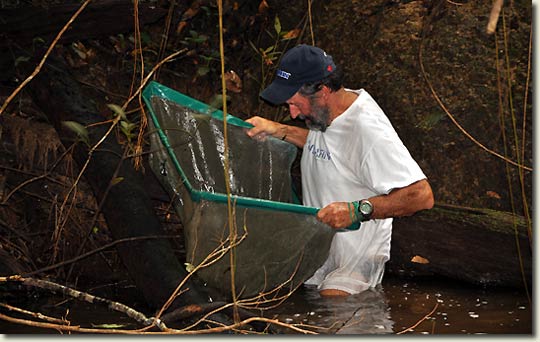 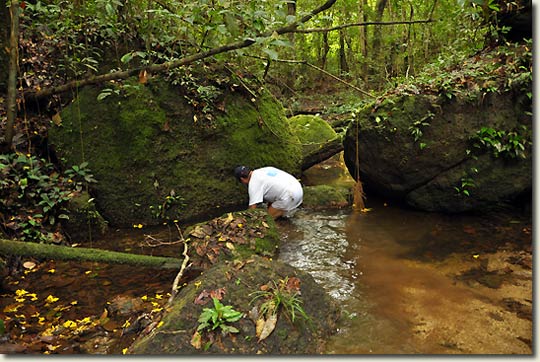 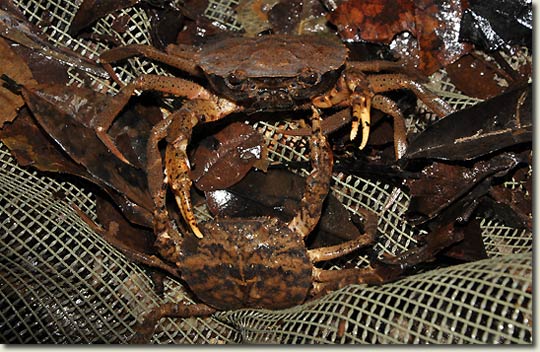 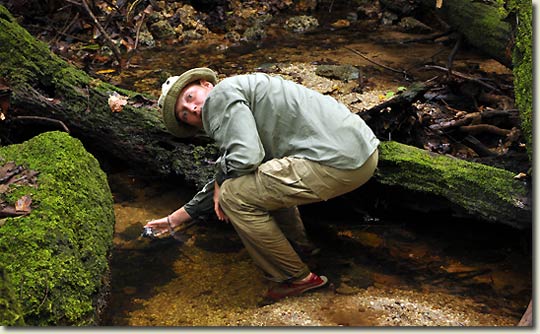 We walked for quite some distance, my Macuna Indian always ahead and I checked every waterhole for the tiniest fishes and came up with very interesting species in this shallow creek, also with a pair of amazing crabs, while Natasha was filming (see below the video). 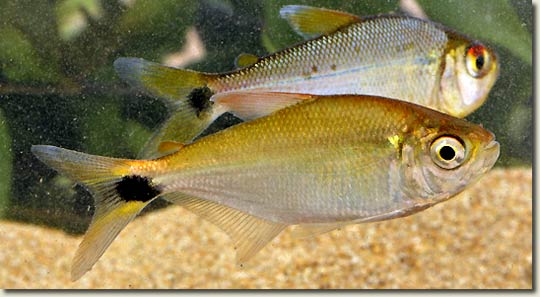 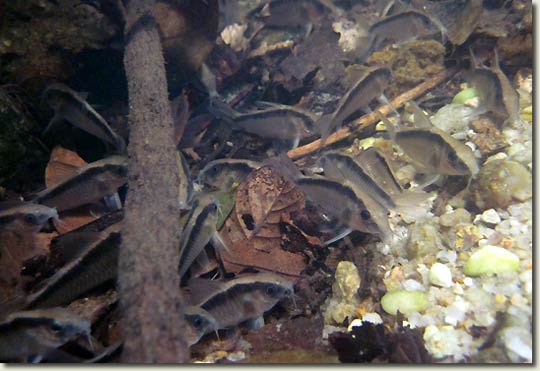 There were (from top): dwarf Crenicichla sp., a beautiful, probably new, Apistogramma species with a bright golden chest, two characoids genera and species living sympatric, one Astyanax sp. (in the back with the red eye) and possibly a new Jupiaba species (up front in the photo), the smallest living dorid catfish with 12 mm TL: Physopyxis cf. lyra, a electric knifefish, Gymnotus sp. And large groups of Corydoras cf. arcuatus, doing a spawning migration in this shallow habitat. See video: 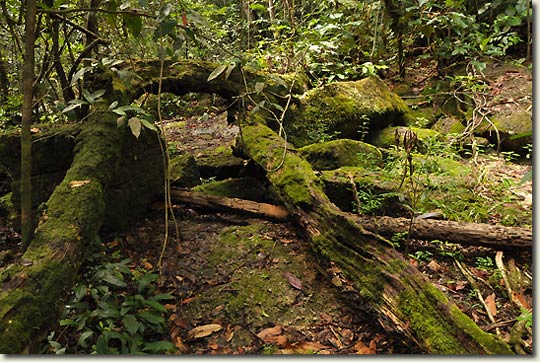 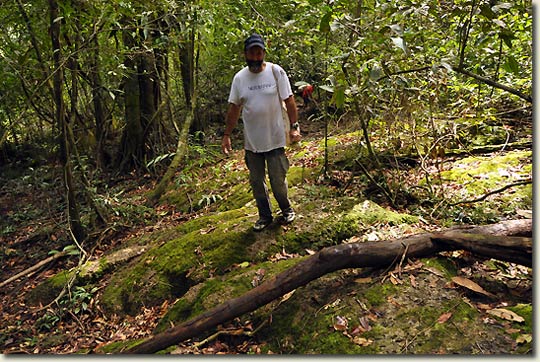 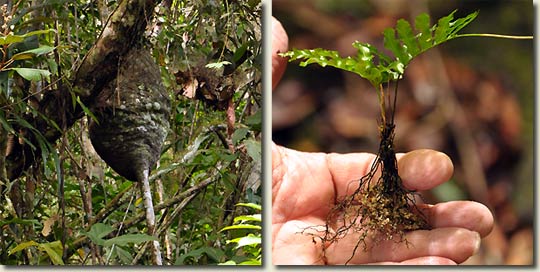 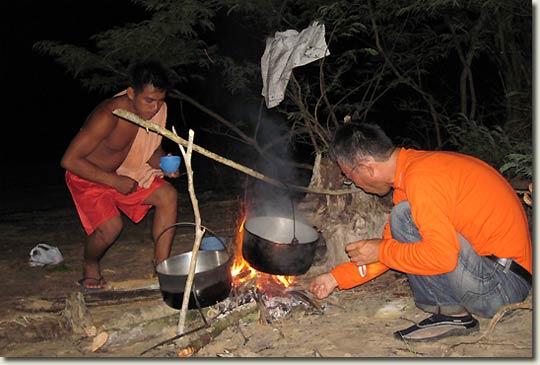 We walked back this fantastic untouched jungle along this endless mosses and beautiful plants and camped along the rivers edge. Ito prepared our diner while the Indian helped to keep the fire going, but… 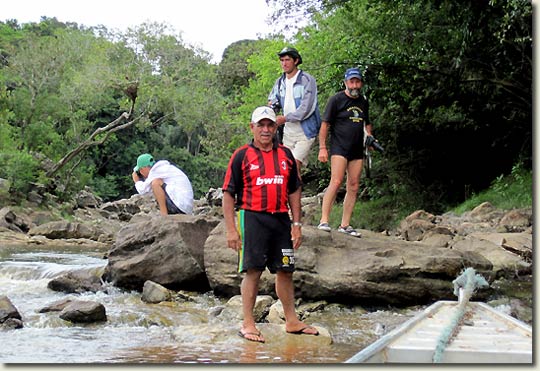 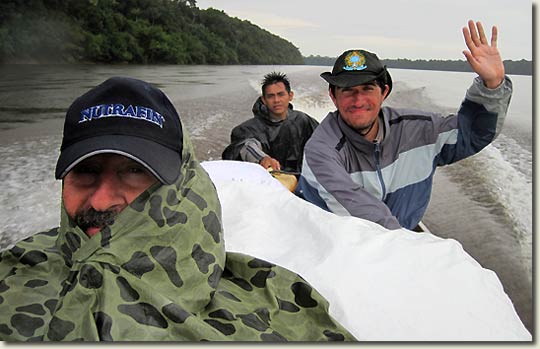 …our return was even more difficult then coming, again we had to walk across the chorros (rapids and waterfalls) with all the fishes and our equipment while the voadeira had to cross the very dangerous rapids and there were three such rapids, while it was raining none-stop. No wonder no one lives there in such an remote and unaccessable place (good for nature…).