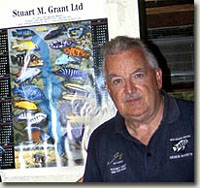 A man, who has done more for Lake Malawi cichlids than anyone else, has suddenly passed away. He was a man who loved fishes and Malawi, the country were he has spent most of his life. He helped biologists, the press and in particular aquarists from around the world to learn about and understand the fishes of his beloved lake, particularly the cichlids. He cared about nature, the environment and all natural creatures, while he condemned genetic alterations resulting in man’s own creatures, or rather monsters. 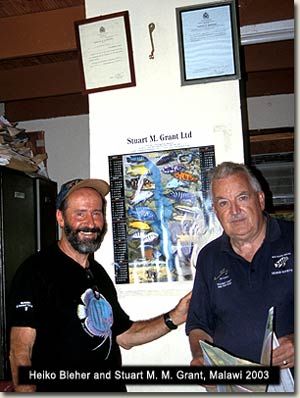 A man, who has done more for Lake Malawi cichlids than anyone else, has suddenly passed away. He was a man who loved fishes and Malawi, the country were he has spent most of his life. He helped biologists, the press and in particular aquarists from around the world to learn about and understand the fishes of his beloved lake, particularly the cichlids. He cared about nature, the environment and all natural creatures, while he condemned genetic alterations resulting in man’s own creatures, or rather monsters.

I had the privilege to know Stuart since the 1970s, shortly after he started exporting fishes from Lake Malawi. We first met at the International Pet Fair “Interzoo“ in 1976 or 1978. I vividly remember this polite, gentle and very correct English Gentlemen, who spoke perfect Oxford English.
“You mind if I call you Heiko” was one of his first words “you can call me Stuart”, and “may I sit down”.

“You are a major fish collector, importer and exporter and I heard you are well respected in the ornamental fish community; can you tell me who are the good guys in Germany…?”. Our meetings became a regular event, every two years at the Interzoo. In the early 1980s he sent me fishes I had been after for research, zoos and public aquaria around the world. Hundreds of mormyrids, real giants, some almost one meter long, which live in Lake Malawi. No one ever collected them before. I shall never forget one beautiful spring day in 1990, sitting with him in a bistro in Paris, on the corner of Rue Cuvier, looking over 1200 Lake Malawi cichlids and identifying them (Stuart helped me tremendously cataloguing the species and variants – no one knew them better). Sometimes we talked in German, in French, but mostly in English. He also spoke perfect Chichewa and the northern Malawi native language, Chitumbuka.

Photo: During my last visit at Kambiri Point, Salima, Malawi, 2003. Here in his office 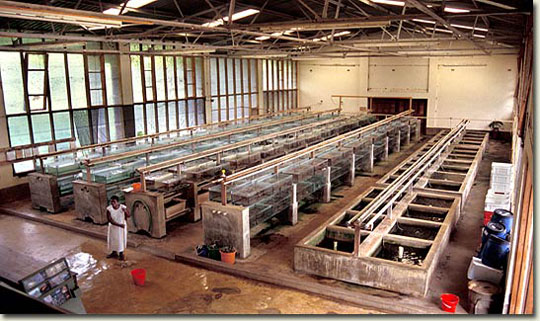 His holding and packing facility 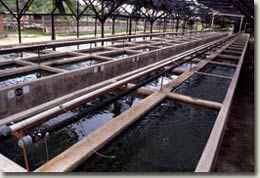 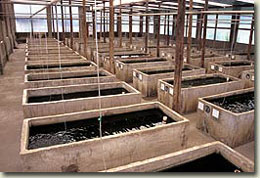 Stuart always emphasised that his fishermen are very well trained. Fishing in Malawi for ornamentals never involves anaesthetics, electricity or explosives, and only a very small portion of the rocky habitats are fished.
The last time I visited his operation in Salima, Kambiri Point was in January 2003. I drove into this amazing set up of more than 360 cemented vats, each with a capacity of 1000 litres (or more) and buildings with aquariums, holding tanks and offices. 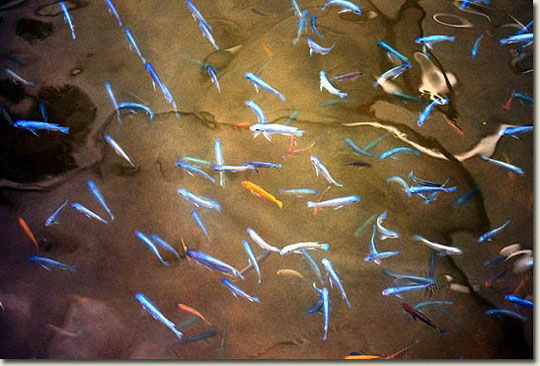 All his vats full with beautiful an healthy Malawi cichlids

Further on were several houses, his mansion, a guest and a dining house and there was a long sandy beach. Stuart, at the time had over 70 people working for him. I never forget his incredible hospitality, waiters in white dresses serving us the most delicious breakfast, overlooking this fantastic lake, framed by all kinds of exotic plants. Not only had Stuart chosen a beautiful spot, he also created his own paradise. Hence it is not surprising that he had guests all the time, taking advantage of this unique place. 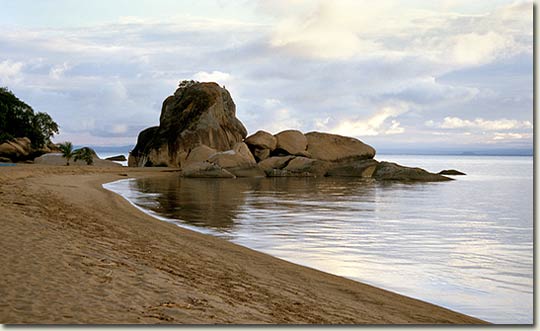 Stuart was born on 20 June 1937 in Sattford, England and already as a young boy developed an interest in tropical fishes, but kept coldwater fishes he collected in nearby streams and lakes because of a lack of money. When joining the Midland Aquarist Society he would not yet image becoming the prime fish collector and exporter in what he called  “The heart of Africa”. In 1958 he completed his service in the Royal Air Force in Cyprus and applied for a post in Nyasaland, were he ended up working 14 years as an accountant and personnel officer. His interest in fishes continued and eventually he started collecting,  keeping a few iron-framed tanks with Lake Malawi fishes. 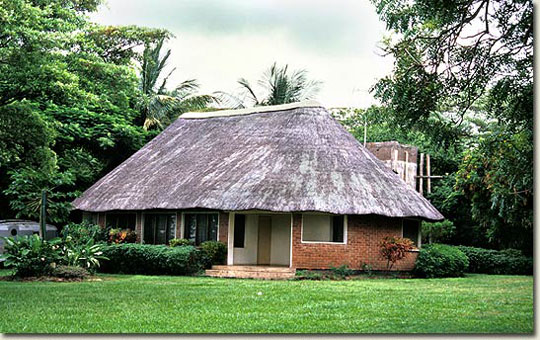 Stuart Grant’s Guesthouse, where his “James” served the diner.

After Nyasaland became the Republic of Malawi in the late 1960s, he obtained a permit and exported cyprinodontids (Nothobranchius sp.) to the American Killifish Association. In 1973 he was offered a fishing license and an official export permit and was more than happy to be able to stay in the country he loved, pursuing an activity he had always dreamed of . After Peter and Henny Davies, who began at Monkey Bay in 1963/64, Stuart became the second exporter of Malawi fishes. His business grew continuously, until the morning of 11 October 2007 when a stroke suddenly took him away from us.
Stuart has hosted famous ichthyologists, like A. J. Ribbink from South Africa; authors, like Hans J. Mayland and Ad Konings; countless biologists and aquarists. He was always a gentlemen, one of those you cannot find any longer these days. 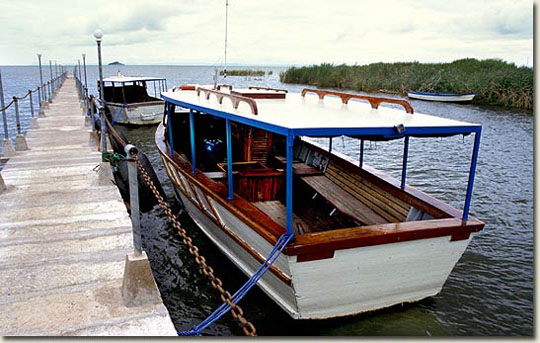 One of his collecting boats

David Livingstone was the first European to explore Lake Malawi, but more than anyone else Stuart Grant helped explore the aquatic environment. Stuart promoted our understanding of this incredible and unique evolutionary hotspot. 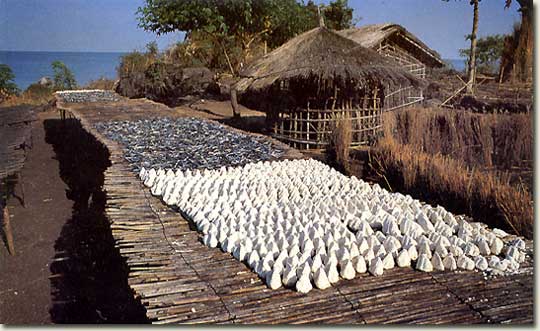 Near Stuart Grant’s paradise: the lake sardine, and maniok on a drying-table in the small fishing village

This lake, which was his live, hosts between 700 and 1200 species of cichlids, more than all remaining members of the family Cichlidae combined. To evolutionary biologists Lake Malawi is the quintessential example of speciation gone wild and Stuart was always there to help them. Who will follow in his footsteps? Personally, I feel, that with Stuart Grant one of the most precious, still undescribed species, has become extinct.