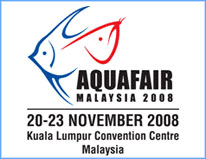 Aqua Fair 2008 took place for the second time and has become already the largest Ornamental Fish Exhibition & Conference in Asia. Heiko Bleher was invited again for seminars and judging discus fishes on this incredible event sponsored by the Government of Malaysia.

The Aqua Fair 2008 was again hosted below the fantastic Twin Towers of Kuala Lumpur – the Petronas Towers – in the surroundings of the beautiful 17 acres KLCC park with jogging and walking paths, a fountain with incorporated light show, wading pools, and a children’s playground   – a unique site. Below some photos of these buildings, some of the extraordinary exhibits, fishes, aquariums and the beautifully organized festivities. 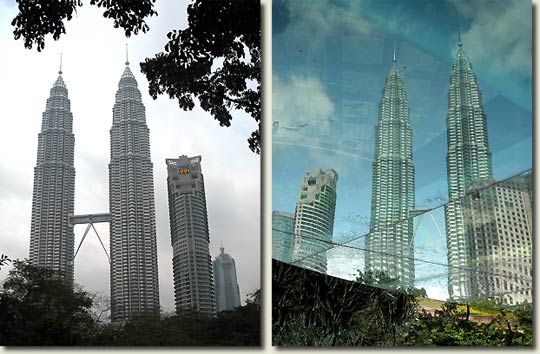 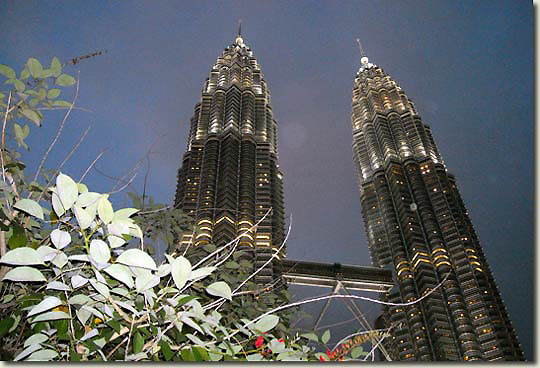 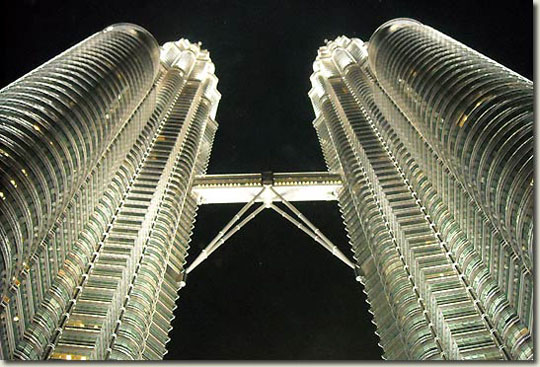 The Twin Towers site. When completed in 2004 they were for a short time the world’s tallest buildings, but must still be the most beautiful designed skyscrapers in the world, an incredible work of the famous Architect Cesar Pelli from Argentina. Its spire is 451.9 m, the roof 378.6 m and its top 88th floor 375.0 m high. Later, also in 2004, the Taipei 101 received the Emporis Skyscraper Award as the highest building in the world with a spire 508.0 m, the roof 448.0 m and the 101th (top floor) 438.0 m high. But again the Taipei 101 was over taken in height on August 8th, 2007 by the Burj Dubai in Dubai, UAE which upon the completion in September 2009 of that building’s 189th floor with a total hights of 950 m the title of «world’s tallest building» will be claimed by the Burj Dubai 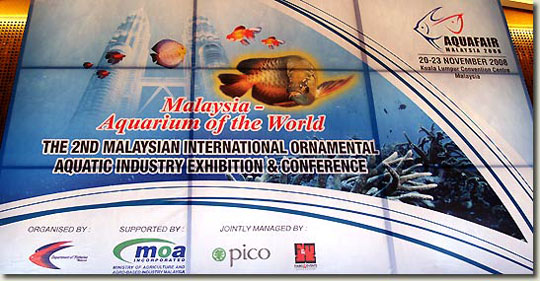 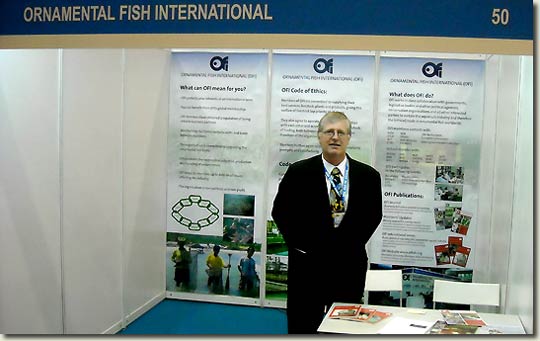 OFI, which Heiko has founded in 1977, was present with their secretary Alex Ploeg from Holland 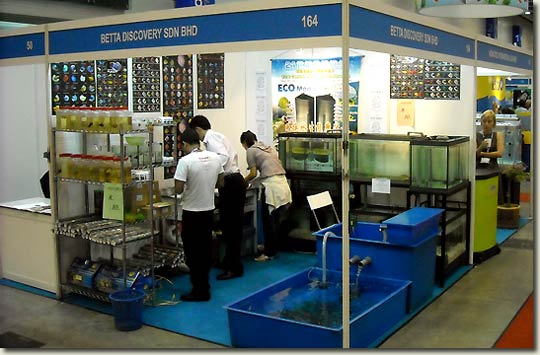 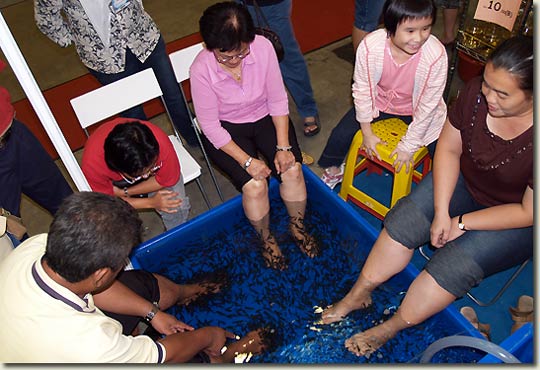 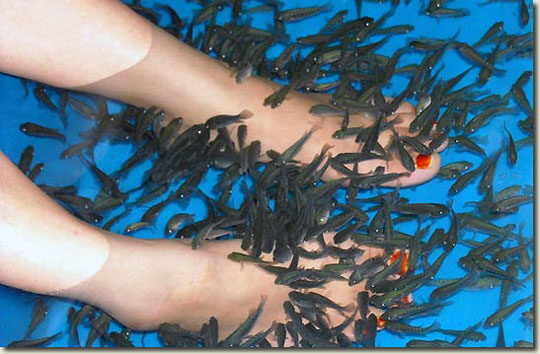 Goldfish were also displayed correctly as in Shanghai 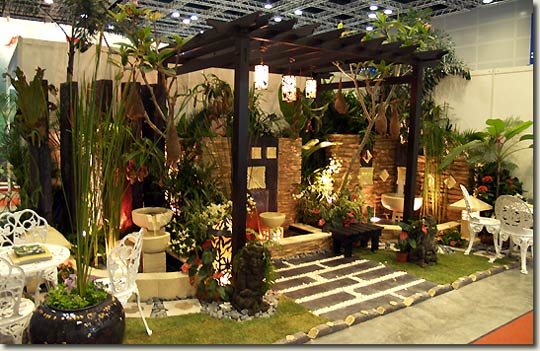 There was a beautiful Garden stand 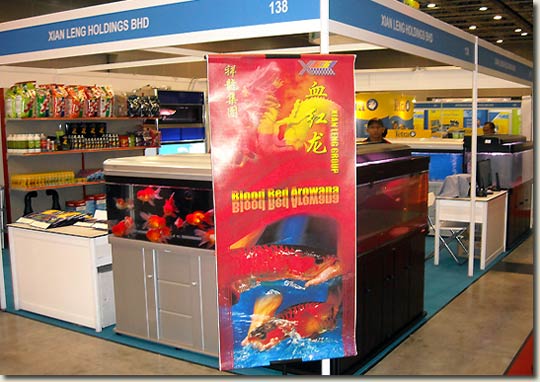 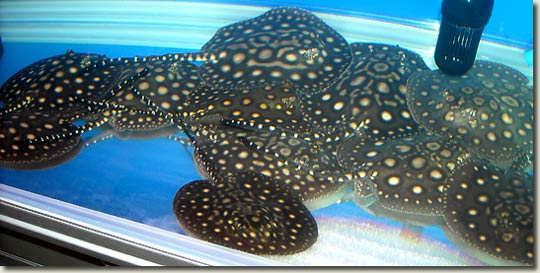 Xiang Leng Holdings from Johore, Malaysia, had besides the Blood Red Arowana and exceptional goldfishes, also freshwater stingrays on display. They breed already over 2000 of the latter per year – probably the largest stingray breeders in Asia. They have pearl rays, leopoldi, henli, but also many (mostly) hybrids 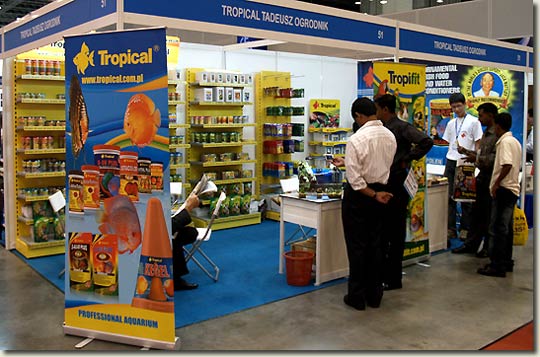 Tropical from Poland, the famous fish food company was represented by their export manager Grzegorz Seweryn and Bekir Öder from the export department 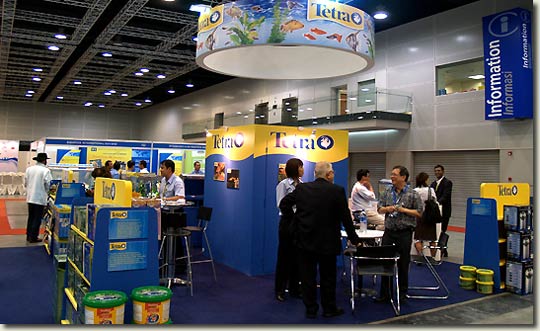 Tetra had its own large stand as well 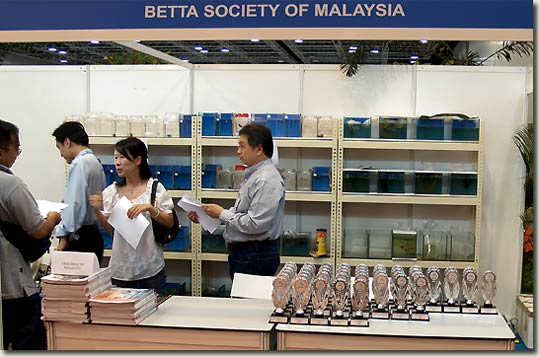 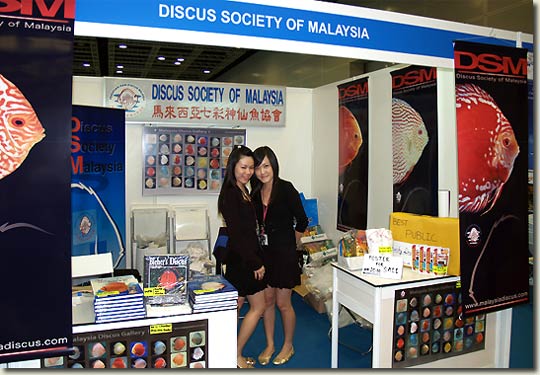 The Discus Society of Malaysia – who invited Heiko to judge and distributes Bleher’s Discus, Volume I successfully – had also their own stand

Magical Aquarium presented the world’s only genuine Pin Water aquarium, in which freshwater and saltwater fishes live together. The question is only for how long? (And the freshwater species were the robust goldfish acceptable to brackish water) 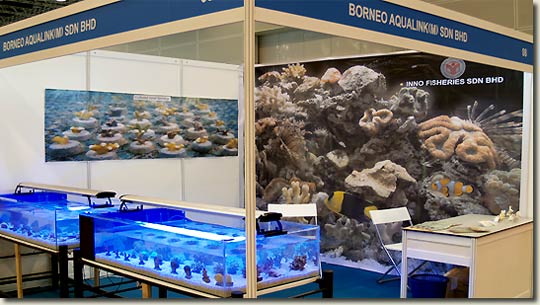 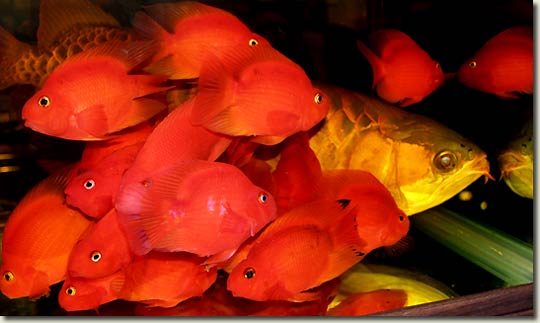 Asian arowanas with red parrot fishes – what a mixture 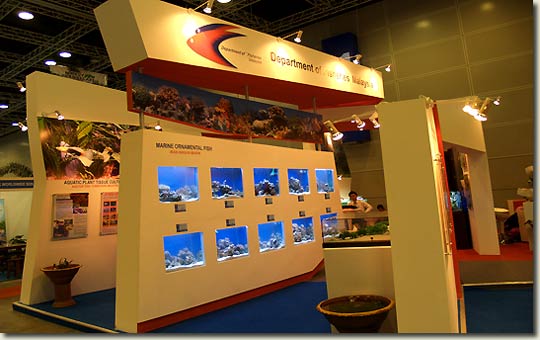 The Department of Fisheries, Malaysia, had a beautiful, marine ornamental fish display, as well as freshwater ornamentals and were promoting their new aquatic plant tissue culture 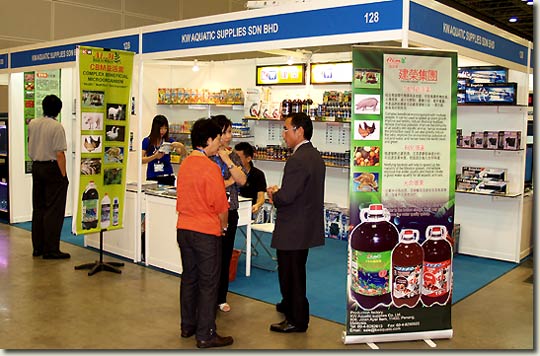 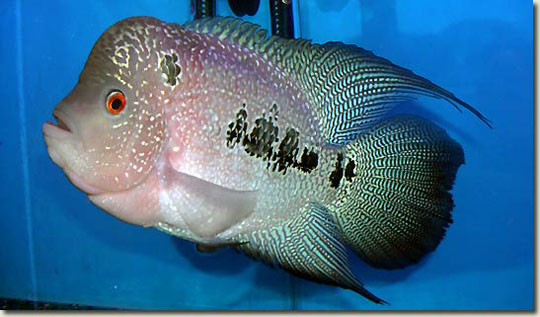 Besides the 260 Discus fishes (link to championat) to be judged, there were also Bettas, Goldfishes, Arowanas, Flowerhorn and Planted Aquariums to be judged 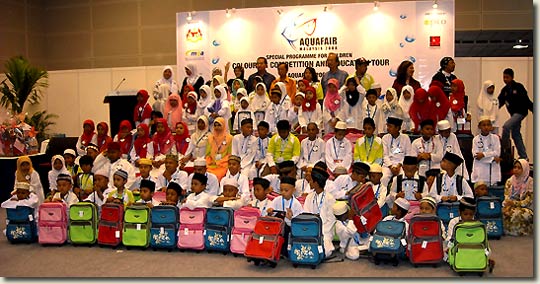 There was also something very nice: a colouring competition for children refugees from very poor and political problematic countries and each one was to win an education tour of Malaysia – a special event sponsored by the government and the Betta Society of Malaysia, and… 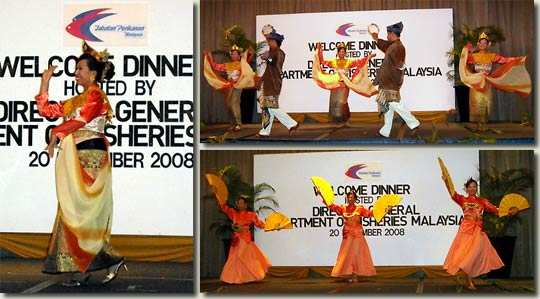 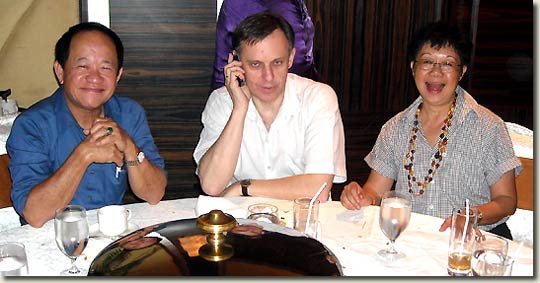 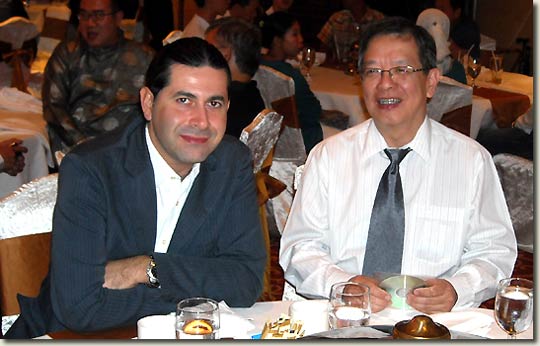 …there was a fantastic welcome diner,  given on the evening of November 20th with an introduction by the Director General of the Department of Fisheries and all the exhibitors and VIPs were invited accompanied by different beautiful Malaysian cultural dances