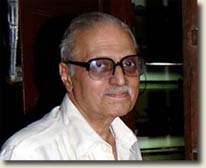 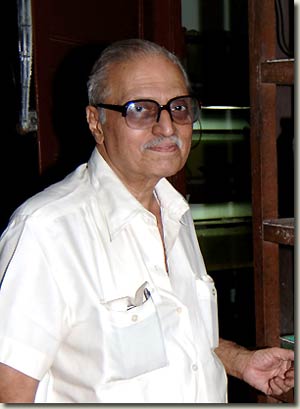 One, if not the pioneer in Indian ornamental fishes has died and I became only aware of it during my participation at the Green Certification workshop in Kochi, Kerala last October. He died at the age of 72 on May 14th, 2008 and I saw him last during my 2007 Western Ghats expedition in Mumbai where he was born September 29th, 1936.

Sharad Ramchandra Sane had heard of my Mumbai visit and insisted to see me (enclosed a few photos of last years visit). He was not only the first commercial ornamental fish breeder in India but also the first to export and import tropical fishes and I remember very well having send South American species to him in the late 1960s and we have been in touch many times after it.

My mother actually had corresponded with Sane already earlier from Brazil in the early 1960s about aquatic plants and tropical fishes. Unfortunately I had lost communication with him during the last couple decades until this February 2007 visit. 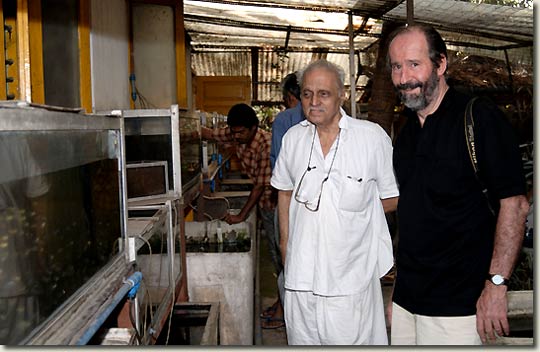 We went this February together to the type locality of Horaichthys setnai, a very unusual fish from the western coast of India, which was never alive in the ornamental fish hobby and ideal for small aquariums. Unfortunately the type locality near Mumbai was completely polluted and not a single fish alive in it (see photo). 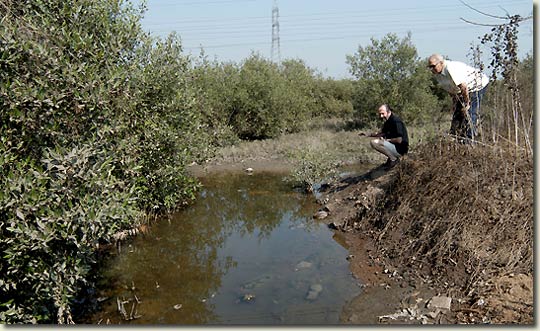 Sane was a gentlemen in every sense of the word. I admired him and he was very pleased to see me again. This fine man has been educated in the D.C. Ruparel and the Wilson College in Bombay and qualified at the Taraporewala Marine Biological research station, in B.Sc in Botany and M.Sc in Zoology with specialization in Animal Psychology Physiology. In 1959 he started fish breeding and exported the first Indian ornamental fish in 1962.   Sane became a member of various Agricultural Society in Europe as well as in Asia, such as The Avicultural Society in the U.K.; the Bombay Natural History Society; the Parrot Society, U.K.; Bihang (BIOME), Bhubaneswar in India; the SSC/IUCN – Oriental Fresh Water (Species Survival Commission of the World Conservation Union – Specialist Group Asian Section); member of the international Chelonian Group; Sustainable Use Group of MPEDA (Marine Products Export Development Authority, Government of India); member of the Zoo Advisory Committee (1975-77) in Bombay; and member of the Technical Committee Barvi Zoological Safari Park, as well as the Bird Group (since 1980) of the Government of India as he had also become a very good breeder of exotic birds. His knowledge of exotic bird species was almost unmatched in India, as he bred successfully over 100 different species and handled more than 200 varieties of cage birds.
Some species have been described by or with him, such as Puntius setnai Chhapgar & Sane 1992 (family Cyprinidae) from Sanguem, Goa, Western coast of India. Among Indian wild caught fishes he has successfully bred mouth breeding Noble Gourami (Ctenops nobilis) from Bihar in April 1988 (after I had collected them) and Chaca chaca, the amazing catfish. But he bred also many other tropical fish including neon tetra (Paracheirodon innesi) and other characoids, cichlid’s, barb’s and the South American loricariid Sturiosoma panamense, as well as other catfishes. Sane’s breeding success accounts for more than 50 species of freshwater tropical aquarium fishes in total. 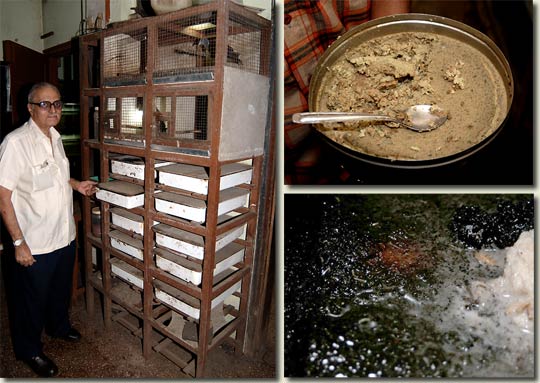 But Sane was also very well known for his breeding success of exotic amphibians and reptiles like the Indian Black Pond Turtle (Geoclemys hamiltoni). He kept several species of Indian and foreign turtles and tortoises, handled many species of lizards, frogs, tree frogs and toads, newts, salamanders (breeding Spanish salamanders and red spotted newts successfully) and aquatic cacealians. Sane also bred albino five striped squirrels and gerbils and kept or handled for short time small mammals like mongooses, hedgehogs, giant and flying squirrels, marmosets, mouse deer, langurs, monkeys, and smaller cats like jungle cats, tree shrews and others.
Sane drafted a Master Plan of National Zoological Park, New Delhi and wrote many article in for national and international magazines. Some for the American Tropical Fish Hobbyist magazine, like a substantiated report by himself and Leena R. Bhide on the successful spawning of Chaca chaca, in their March 1992 issue where he explains how: “Three males and one female were set up in a bare bottomed tank 36″ x 18″ x 18″ with an 8″ asbestos pipe with a 3″ diameter. This tank also contained Danio’s, Rasboras and four Perch, Nandus nebulosus. One morning in April 1989 they noticed that one of the four Chaca‘s was in the pipe. The next morning all of the Nandus had bulging bellies even although they had not recently been fed. They found fry still in the pipe with the male guarding them and as they emerged from the pipe the Nandus were eating them. The rest of the fish were removed from the tank including the other three Chaca and a total of 78 fry were raised from that spawning. The other three Chaca were settled in another tank of their own with the same setup, and they also spawned with one of the males guarding the eggs. They hatched between 3 and 4 days and the fry started feeding after losing their yolk sac after 7 days, with an incredible raising of 392 young up to 1½ ins.”
Sharad Sane was the founder and chairman of a beautiful small magazine with excellent colour photography (to which he asked my contribution and I am sorry I never did…), called Sanjeevan, Rejuvenation of Life written in English and in Hindi languages. And I hope this great publication will be continued.
Sane also organised one of the first Live Aquarium Fish Exhibition, the “Sanjeevan Aquashow 2005” at the University of Mumbai with 100 tanks on display during four days (February 17-20th) and he always spoke in favour, at every Indian ornamental fish event, for the benefit of the most beautiful hobby in the world. One of those took place in Kochi, Kerala on April 4, 2005 and he complained of the non-availability of breeding stock, a restricted item of import, which was hampering the ornamental fish trade in India (a very true argument). At this conference on ornamental fish export organised by Marine Products Export Development Authority (MPEDA) and Infofish, Malaysia, Sane mentioned that the lack of scientific training on breeding techniques, feeding and healthcare, inadequate transport facilities and poor marketing strategies, were affecting the industry, which has great revenue earning potential and that there are about 200 Indian exotic species of ornamental fish in India (actually there are many more). However, the Indian share in the world trade in ornamental fish was negligible. (This will hopefully change now – see the Green Certification, which took place recently in Kochi.) 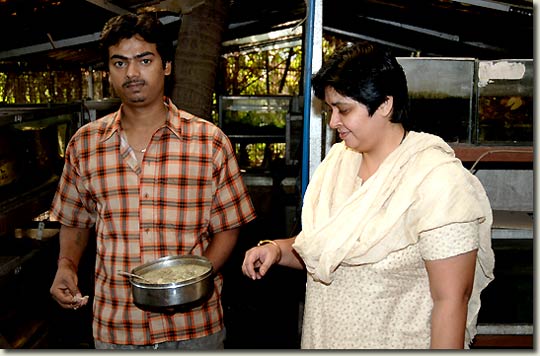 Sane’s daughter (right) with one of the helpers

The Indian ornamental fish and bird world lost with Sane one of their best and most knowledgeable personalities, a pioneer which the Subcontinent and hopefully the world of ornamentals will (should) never forget. I definitely will miss this unique gentlemen and not forget him as long as I live and I hope Sane’s daughter continues with his amazing pioneer work.