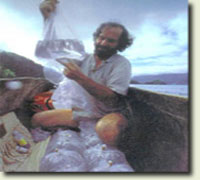 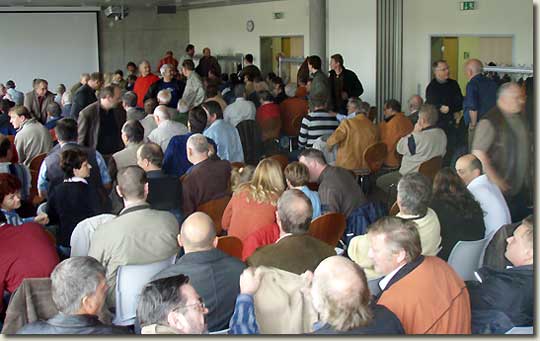 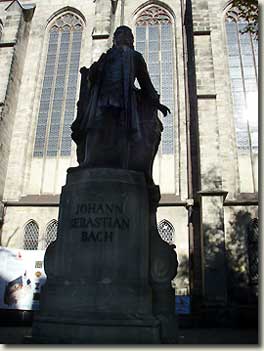 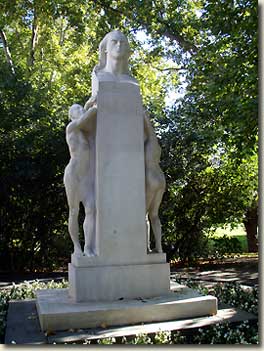 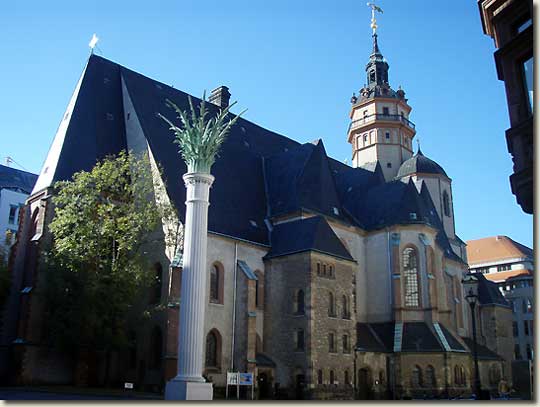 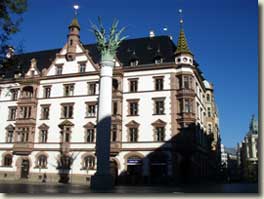 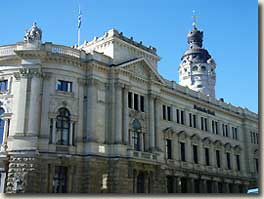 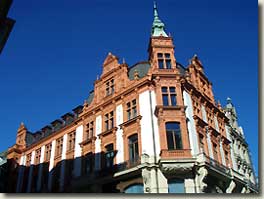 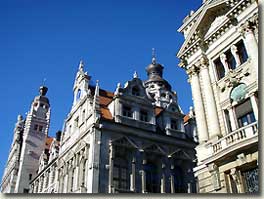 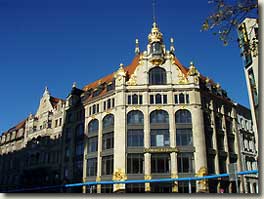 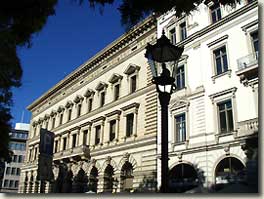 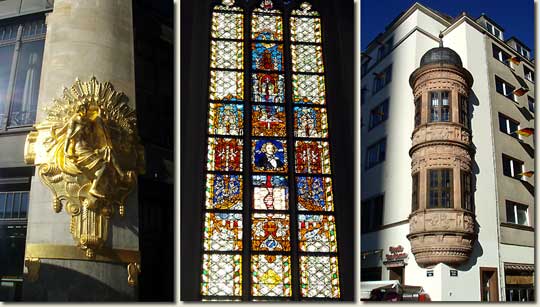 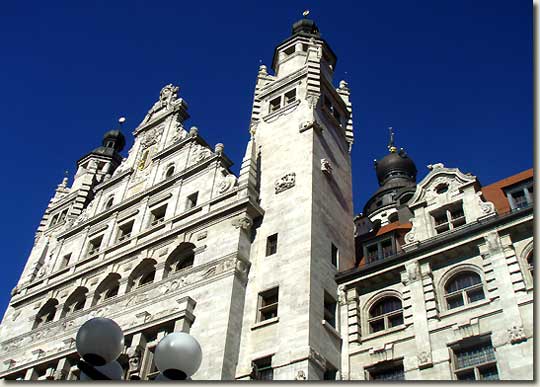 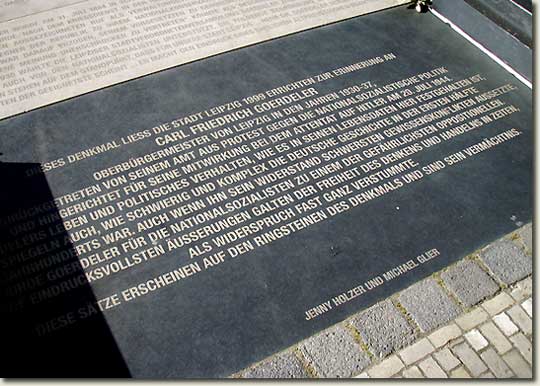 ...written in marble stone, the texts of Carl Friedrich Goerdeler (1884-1945). He was the mayor of Leipzig (1930-1937) and after 1933 one of very few politicians opposing the ruling Nazis. When the Nazis ordered the demolition of a monument to the German-Jewish composer Felix Mendelssohn in 1936, Goerdeler tried to have it rebuilt. After failing, he declined to accept his re-election as mayor and resigned from office. He was executed because of his complot to kill Hitler (shown in a recent Tom Cruise movie) on February 2, 1945 by decapitation. While awaiting his death sentence, Goerdeler wrote a farewell letter, which ended with « I ask the world to accept our martyrdom as penance for the German people », which is salso engraved here 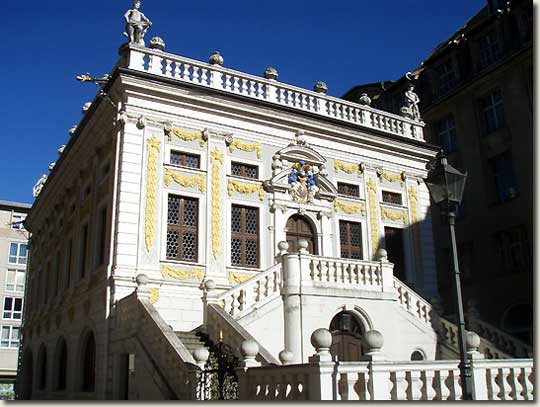