The 4th Discus Contest « Mediterranea Discus » took place together with the 7th National Aquarium Exhibition called “Salento Acquari”. The Exhibition and the Discus Contest was organized in Lecce by the “Gruppo Acquariofilo Salentino” – one of the most active and dynamic Italian Aquarium Clubs.

The 4th Discus Contest « Mediterranea Discus » took place together with the 7th National Aquarium Exhibition called “Salento Acquari”. The Exhibition and the Discus Contest was organized in Lecce by the “Gruppo Acquariofilo Salentino” – one of the most active and dynamic Italian Aquarium Clubs.

Heiko’s comments: Unfortunately the judging of this beautiful event in the lovely town of Lecce for the Italian discus championships, was over shadowed buy one (or two) unprofessional and unknowledge able judges (M. Göbel and A. Solano). They overruled the experienced discus experts from Singapore, Malaysia and from Russia, as well as the German-Italian judge Peer, claiming that the Heckel discus (Symphysodon discus) entered for the competition, were not Heckel discus, because they have no red eye and that those are hybrids… They eliminated these from the contest although these were collected and imported from the S. discus habitat in the Rio Nhamundá were no other species lives. Also the Heckel discus from Polish breeders were not accepted in their category… This statement given by the head of judges, Manfred Göbel, who overruled the other judges, was more than poor and unprofessional. In addition it is unacceptable that such a well organized club lets them judge the way they want to judge: without any paper work. This made a later verification and the clarification impossible, nor can a participant check what position his fish had. And to make things even worse: no winner was announced for three days. The more than 50,000 visitors never found out which discus had received a prize. Only on Saturday evening the prizes were handed out and on Sunday, the last day of the exhibition, the breeders took their discus away leaving visitors speechless… I really felt sorry for this and I can only suggest never to invite such unprofessional judges again. This is a bad for the hobby and the entire discus community worldwide.

Lecce, the capital of the Province of Lecce, is situated between Adriatic Sea and Ionian Sea. Because

The german historian Ferdinand Gregorovius (1821 -1891), who was specialized in the Roman history

of Middle Ages, described Lecce as « Florence of the South ». For the construction and decoration of Lecce’s

hard – and at the same time easy to work with – stone 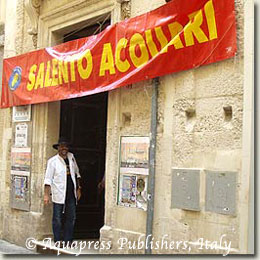 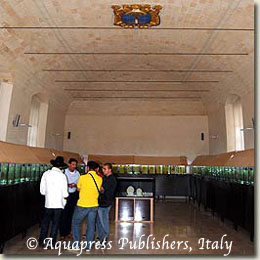 Heiko Bleher at the entrance to the exposition in Teatini. 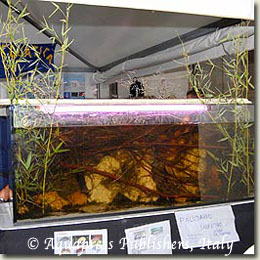 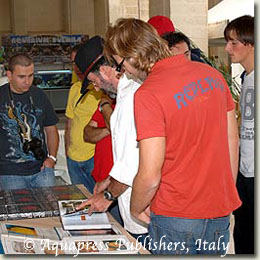 biotop aquarium of the local fishes, and many other aquariums with endemic and introduced species.
Heiko with students (right) 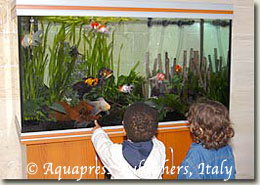 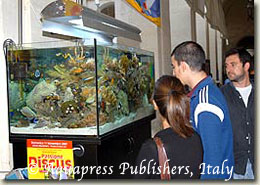 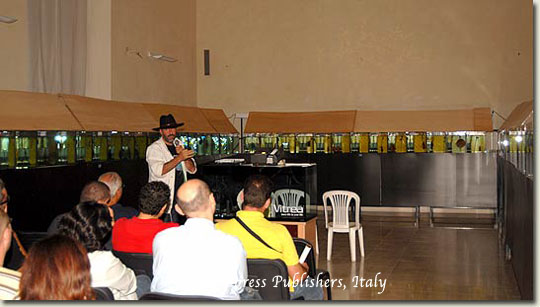 1. The distribution of the Discus

2. Discus nutrition in the wild 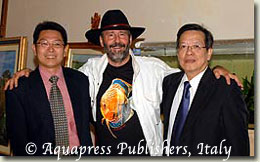 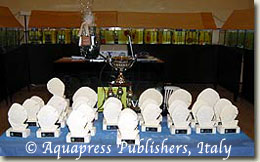 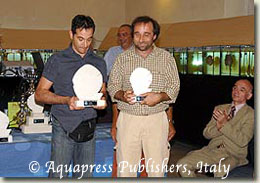 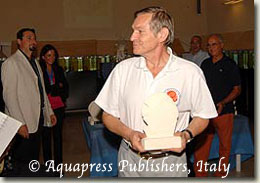 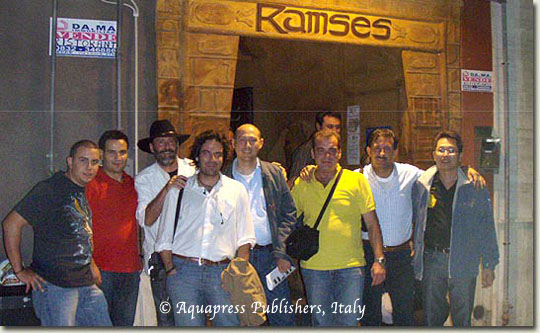 For any further information and photos visit the website http://www.gas-online.org