The 30th Interzoo had an outstanding result. At the world’s biggest exhibition for pet supplies from 22-25 May, 1,436 exhibitors (2006: 1,270) from 54 nations (2006: 56) presented an extensive range of aquatic displays with live stock including Heiko Bleher’s inique Biotopes sponsored by Tetra and others (see Bleher’s Biotopes – Interzoo 2008), aquariums and accessories of all kinds, food, grooming aids, pet accessories and services on a total display area of 89,000 square metres (2006: 78,900 square metres). 37,200 trade visitors (2006: 34,181) from 114 countries, i.e. 9 per cent more than at the previous event in 2006, used the four days of the exhibition for intensive information, talks and business. The number of exhibitors grew by 13 per cent and also Aquapress Publishers had their large stand. Below some photos from that amazing bi-annual event. 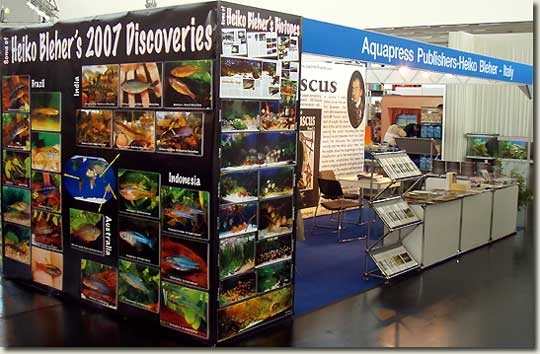 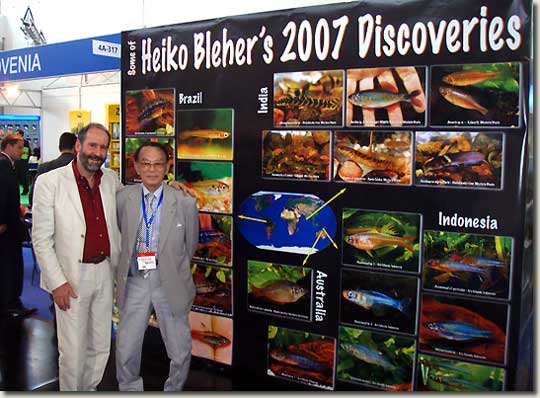 Aquapress Publishers and Heiko Bleher presented a large poster with some of Heiko’s new fish discoveries of only 2007, just from Australasia, India and South America. Kamihata san, from Japan, who travelled with Heiko on several discovery expeditions in the past and is considered number two in the world of discoveries, was amazed about all of his field trips only last year 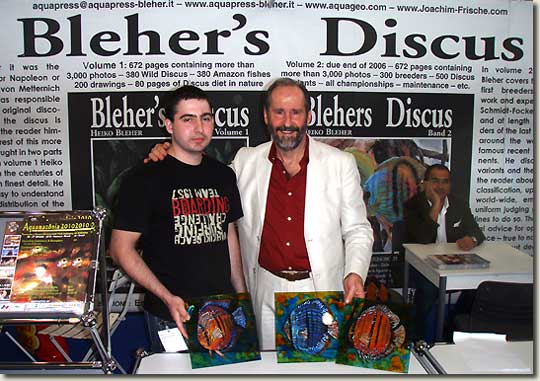 Mihai Victor, from Romania who had invited Heiko for the first international Aquaristic Symposium in Bucarest (see Lectures in Romania), presented him with beautifully, hand made discus fishes painted on glass 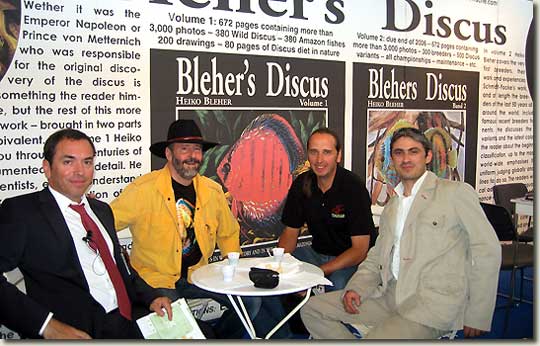 Nidal from Greece (right) who had invited Heiko for eight seminars in Athens last December (see Lectures in Athens) was also a guest at the Aquapress stand, as well as Leonidas Astras, the Greek Tetra representative (left) and Hans Evers (centre right), the famous book author and editor of the AMAZONAS-magazine 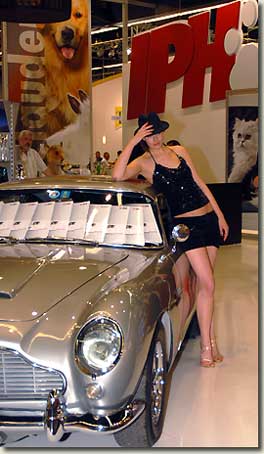 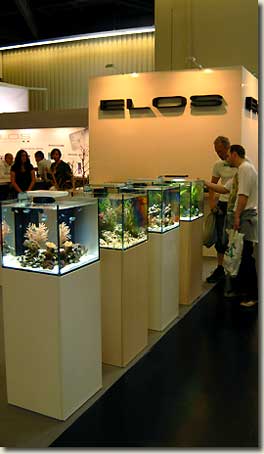 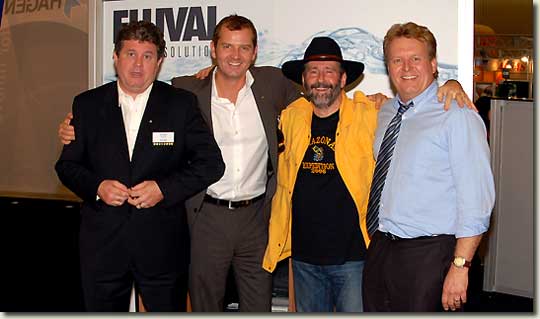 Rolf C. Hagen, Canada, had the largest individual stand at Interzoo 2008 (top). With the Hagen company Heiko has done many things in joint venture, such as Nutrafin Aquatic News developed entirely by Heiko and also the first Bleher’s Biotope stands (see Bleher’s Biotopes). Here together with all three Hagen brothers (Rolf Hagen jr. second from left is now the president of Rolf C. Hagen), and his father himself, Heiko has had an excellent relationship for decades. 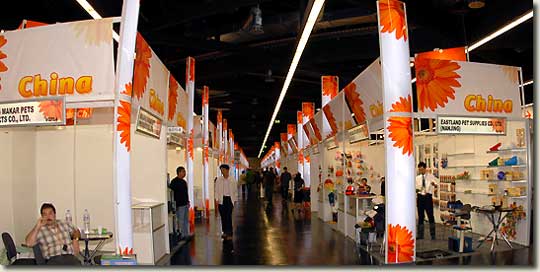 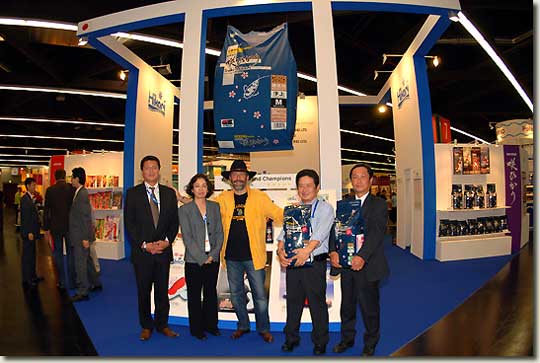 Hikari from Japan had, as always, also a very large stand and Kamihata san’s daughter (next to Heiko) is now president of the giant industry and presented many new products at Interzoo 2008. 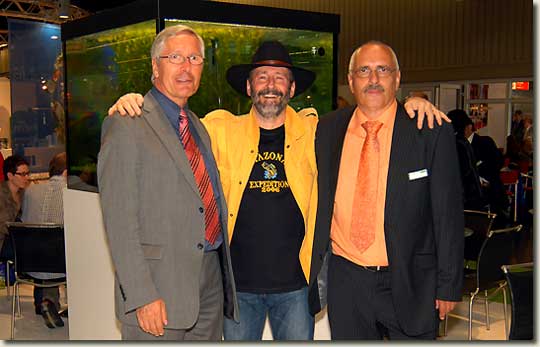 Dennerle is Germany’s largest aquatic plant producer, but also one of the finest companies for plant-aquarium-accessories. With Dennerle products every plant will grow under water. Here Heiko with the leading man of this unique enterprise. 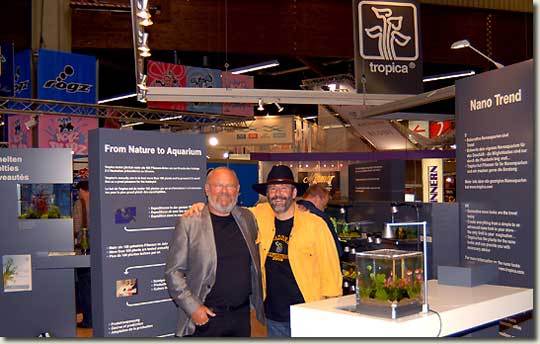 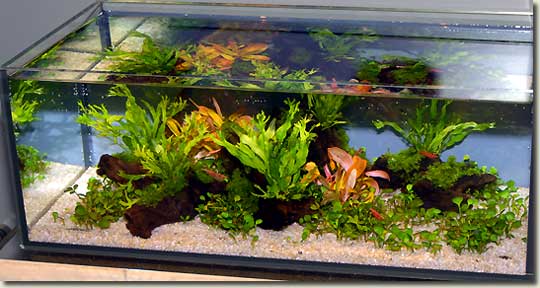 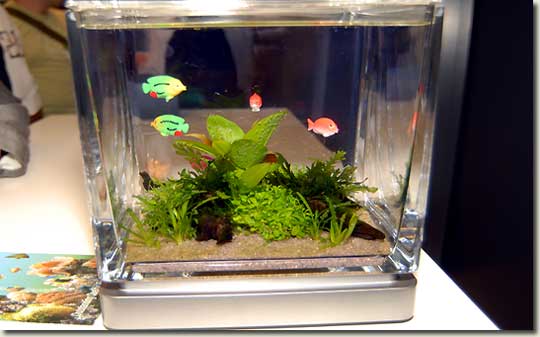 Tropica is the best known aquatic plant company world wide. Holger Windelov, here with Heiko (top), was the founder and has recently sold his last shares. Heiko had delivered the first aquatic plants to his house in the early 1960s, when he started. With continuous innovations Holger made Tropica grow through the last decades to probably the largest aquatic plant company. He was the first to sell potted plants (today copied everywhere) and came up every year or so with something new and his plants were always better. We wonder if now, with innovations like selling planted cubes with plastic fishes in it is the future of the aquarium hobby? 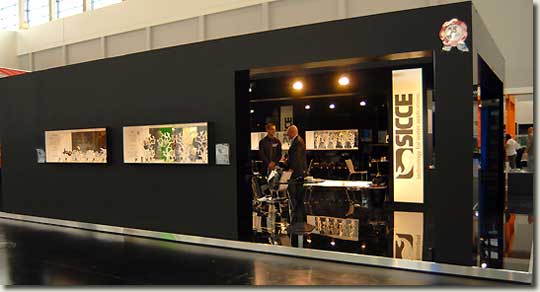 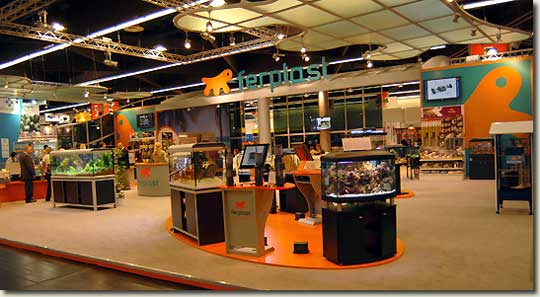 Also Eheim, the Bentley under the external aquarium filters, presented new designs (top). Sicce, the Italian aquarium filter and pump company, had probably the most well designed exhibition stand – all in black lacquer (centre). And the other Italian, Ferplast, world renown birdcage manufacturer has in recent years also started with aquarium design, presented on their large stand (above). 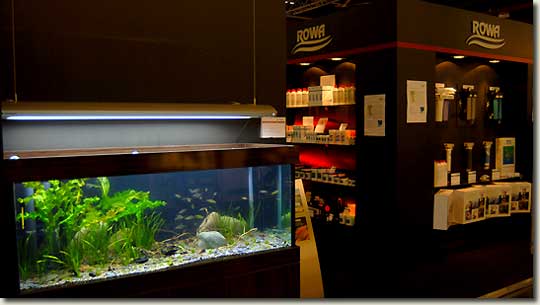 Back to Nature has again taken a piece of nature, moulded it and presented new beautiful backgrounds for African Lake Cichlids (top). And Rowa (above) had a very interesting Aquarium display with the rare yellow Telmatherina sarasinorum from Matano Lake in it (discovered and collected for the first time by Heiko almost three decades ago). The fishes were imported by Mimbon Aquarium, Germany 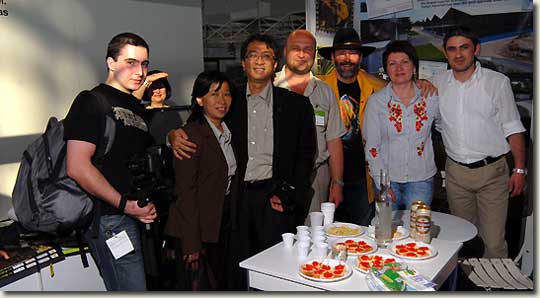 Lunch at the Aquapress stand with caviar and vodka from the Ucraine which the publusher of AQUATERRA-magazine Andrey Kravchinsky and his wife Alla (centre, next to Heiko) brought, Herman Oei and his wife Fani from  ASHER TROPICAL FISH FARM in Indonesia (third and forth from left), Mihai Victor and his mother Doina from Romania (left) and Nidal Razeq, petshop owner in Greece (right). 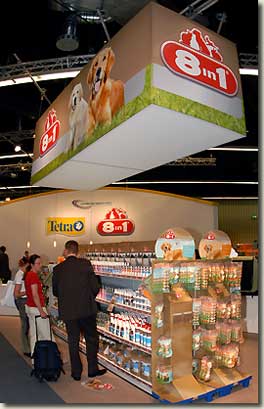 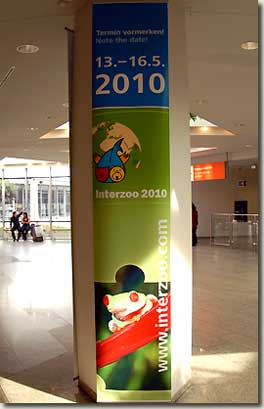 Tetra, who was the main sponsor of Bleher’s Biotopes presented very successful its new line 8 in1, at Interzoo 2008, and the next Interzoo will take place in May 2010, a date to remember for all. For sure it will grow again on its 31st anniversary and Heiko will be there again. 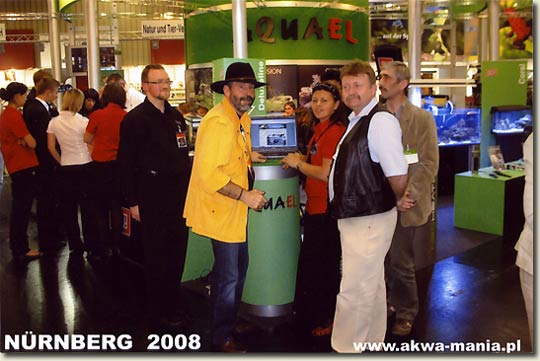