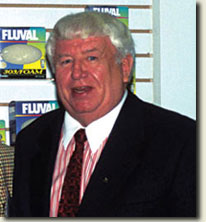 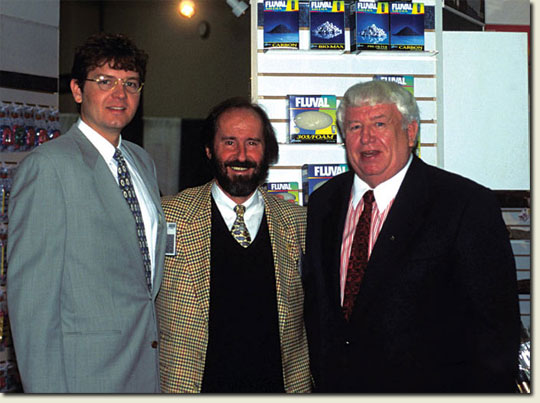 The first day we met, I never forget, was at one of the bi-annual Interzoo Fairs & Exhibitions, I believe in 1970. He shook my hand and said “Du bist der weltbekannte Heiko Bleher, angenehm dich kennen zu lernen und mach weiter so”! I was embarrassed of such kindness. It was on my second participation at the world’s largest international pet exhibition, at which Rolf, with his formerly named company “Weltweit”, had already started earlier. This our first meeting took place in the beautiful German Kurbad-Stadt Wiesbaden and since than we have been together almost every two years – also when the Interzoo moved to Nürnberg in 1988. And not only in Germany, but also in other pet fairs around the globe, like on the photo above in Florida, at the Global Pet Expo with Rolf Hagen Junior, today’s president of Rolf C. Hagen.