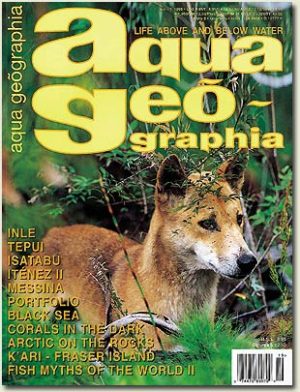 ISATABU
Text and Photos: Astrid Witte and Casey Mahaney (pp. 7-13)
A number of the Pacific islands have a dubious reputation stemming from the Second World War. Prior to that they were the goals of researchers and explorers, adventurers and pirates. One such island is Guadalcanal (formerly Isatabu) in the Solomons. As so often before, ag spotlights a place that remains unspoiled, unaffected by the war, together with its natives and their traditions and culture. And we premiere the freshwater fishes of the area.

CORALS IN THE DARK
Photos: Erling Svensen, Frank Emil Moen and Reinhard Dirscherl – Text: Rudolf Svensen (pp. 14-20)
In the last issue of ag we brought you Life in the Dark – i n caves. Now we again investigate the life in total darkness, but this time in the depths of the polar seas. Our Norwegian colleague Erling Svensen has made a sensational discovery, corals in the eternal underwater gloom of the Arctic Ccircle. Another sensational world premier from ag!

K’GARI – FRASER ISLAND
Photos: Neil Armstrong and Heiko Bleher – Text: Graham Simmons and Heiko Bleher (pp. 22-35)
Also known as Fraser Island. A real dream – the largest sand island on Earth and probably its best conserved biotope. Nowhere else has Man managed to protect and maintain an incomparable flora and fauna so carefully. And this despite an annual influx of more than 300,000 tourists. Everyone should try to visit this unique paradise once in his lifetime. As a bonus, an 8-page pull-out map of the island.

ITÉNEZ II
Text and Photographs: Amanda Bleher, Heiko Bleher and ag archives (pp. 36-46)
Amanda Bleher continues the story of her adventurous expedition to the Iténez. And we begin the account of her son’s journey along the same route some 43 years later. We show you the Iténez as it is today, and its still incredible flora and fauna.

ARCTIC ON THE ROCKS
Photos: G. V. Ernst and Ralf Kiefner – Text: Elsbeth Ernst (pp. 47-54)
The North Pole is synonymous with eternal icy wastes, but there are a few places in the Arctic where the terrain is filled with life and colour. Our freelance contributor Elsbeth Ernst guides us through a dreamlike Arctic region filled with greenery, flowers, and animals, and introduces us to the ancient and modern cultures of the area.

BLACK SEA
Text and Photos: Heiko Bleher (pp. 56-68)
The Turkish coast of the Black Sea is the exact opposite of Fraser Island. The situation could hardly be worse. Along the 1,500 km shoreline and in the more than 150 rivers, sewage, rubbish, and chemical toxins are accumulating in unimaginable quantities. We have selected six examples to illustrate the systematic and thoughtless destruction of the freshwaters and cultural remains. Man finds it very easy to eradicate the basis of his own existence.

TEPUI
Text and Photos: Stefan Meyer (pp. 76-86)
It is reputed that the “Homes of the Gods”, the tepuis (table mountains) of northern South America, harbour a flora and fauna dating back more than 60 million years. About 70% of their plants and animals are endemic! One of the most ancient of these lifeforms is the tepui toad, which German biologist Stephan Meyer has sought out on the dizzying heights of Roraima.

INLE
Photos: Leanne Walker, Andrew Marshall and Heiko Bleher – Text: Leanne Walker & Andrew Marshall (pp. 88-96)
Myanmar (formerly Burma) has been under military rule since 1962. The media have reported extensively on that topic, but hardly anyone has written about the fascinating ethnic groups of the country. The very interesting Intha people, who live on and around the dreamlike Lake Inle, remain beyond the ken of most people. They are primarily a fishing people, with skills and a culture unlike those found anywhere else in the world. Leanne Walker and Andrew Marshall have spent a number of weeks among these people and now introduce us to them.

MESSINA
Text and Photos: Adriano Penco (pp. 98-105)
Adriano Penco’s breathtaking report takes us to the Straits of Messina and the deepest abyss in the Mediterranean, between the “top” of Italy and the island of Sicily. A region whose history is shrouded in legend, and whose waters conceal a biotope reminiscent of the South Seas.

FISH MYTHS OF THE WORLD – PART II
Photos: Josef Guter and ag archives – Text: Josef Guter (pp. 106-112)
Fishes and men – and all the evolutionary stages in between – are vertebrates. But fishes were around millions of years before us, and hence are an integral part of our culture as well as our genetic history. Professor Josef Guter has spent years in research and uncovered some incredible data.  Our series on the myths of the peoples of the world and their long association with the fish now continues.

Be the first to review “aqua geõgraphia 19” Cancel reply 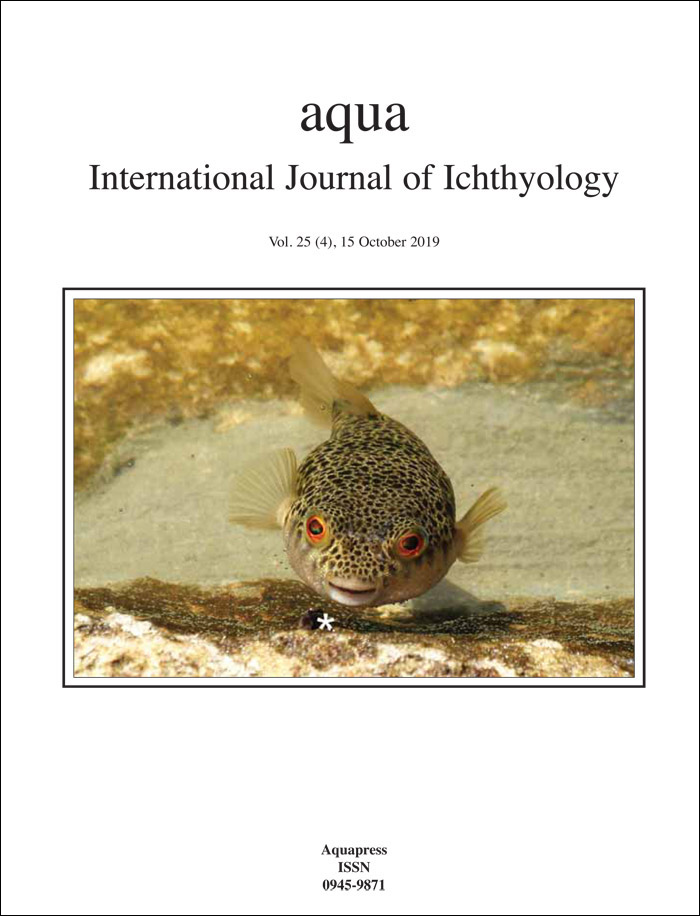