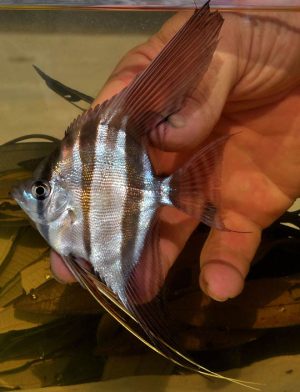 For years, latest since the first official announcement of breeding Pterophyllum altum appeared in popular publications worldwide and in the internet, have aquarists miss-identified this majestic species living only in the upper Rio Orinoco tributaries and nowhere else. Heiko Bleher, who was the first to collect and introduced the 1904 described species in the late 1960s into the hobby. Here is a video taken by Natasha Khardina in November 2009 of its habitat and detailed photography how to identify P. altum correctly.

Be the first to review “Video – Pterophyllum altum” Cancel reply