Natasha Khardina20 May 2001 Past No Comments

The host this time for the Indo-Pacific Fish Conference which takes place every four years since 1981, was the Oceanographic Research Institute and the organizer: Ansie Dippenaar-Schoeman. And the legendary Marjorie Courtenay-Latimer  (photo on the left), was the special guest on the opening day, reminiscing about her role in the 1938 discovery…

From May 20-25, 2001, this conference was catered for the first time in Durban, South Africa. It was for most aspects of the ichthyology of Indo-Pacific fishes (e.g., systematics, evolution, genetics, ecology, biology, behaviour and biogeography). Also a symposia with the themes of pelagic, deep-sea, chondrichthyan, larval, coastal, reef and estuarine fishes was held. In addition it included symposia on marine aquarium fishes, systematics of western Indian Ocean fishes, diversity of reproductive mechanisms in fishes, fish tagging and conservation of Indo-Pacific fish diversity by use of marine protected areas. Heiko also participated. And it here that he meet the legendary Marjorie Courtenay-Latimer and talked to her for quite some time (see below). 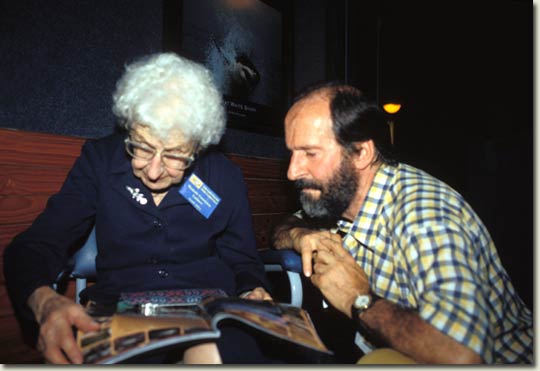 Marjorie Courtenay-Latimer together with Heiko Bleher. She appreciated  the publications aqua, International Journal of Icthyology  and aqua geõgraphia , life above and below water, very much. But while she looked through those, she said: “Mr. Bleher you must excuse myself, but I have recently become to an age were unfortunately I must use glasses” and the took those out of her purse and put them on. She was than 94. Below an abstract of her remarkable live, including some information

of the amazing living fossil, the coelacanth. 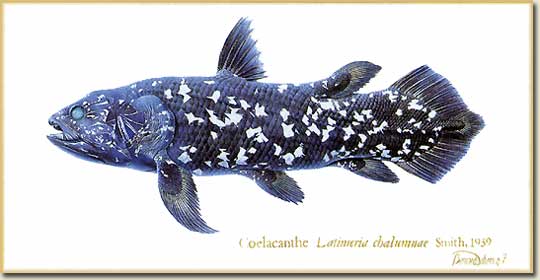 The coelacanth characteristics are quite different from all other living fishes. They have an extra lobe on the tail, paired lobed fins, and a vertebral column that is not fully developed. Coelacanths are the only living animals to have a fully functional intercranial joint, which is a division separating the ear and brain from the nasal organs and eye. The intercranial joint allows the front part of the head to be lifted when the fish is feeding. One of the most interesting features of the coelacanth, is that it has paired fins which move in a similar fashion to our arms and legs. 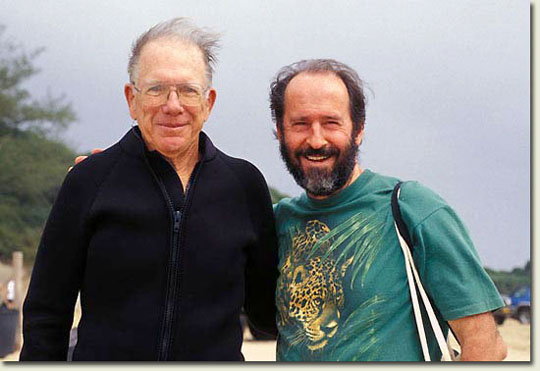