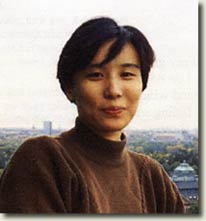 I just returned today, June 10th, 2010, from the funeral of Fang Fang Kullander, the wife of Sven O. Kullander, an amazing ichthyologist whom I have had the honour to become friends with. We had been together on several Ichthyological Congresses around the world, the last time in Perth, Australia, at the 8th Indo-Pacific Fish Congress , hardly a year ago when she felt fine and looked great… I met Fang Fang for the first time at the  Ichthyological Congress in Trieste on 29 August 1997 and we had immediately an understanding…

I met Fang Fang for the first time at the Ichthyological Congress in Trieste on 29 August 1997 and we had immediately an understanding and I realized that I had a very an intelligent ichthyologist in front of me and I thought “Sven you are a very lucky man …”
I seems like this was yesterday. Many encounters during congresses, lectures and an invitation to their house followed. Fang was always very hospital. I still remember our last meeting in Perth, Australia less than a year ago, when she gave some excellent oral presentations and when we had several times lunch together. And when I asked if Sven can come with me on a field trip to South western Australia , she said immediately “yes sure, go ahead I stay with the boys…”.
This was the last Time I had seen her. Fang was among many other things the secretary for the European Ichthyological Society (2004 to 2009, when she had to resign because of her illness) and also employed as curator in the Swedish FishBase team, which started in 2003. In FishBase, she was a driving force in the organisation of the annual FishBase Symposia, and also the tri annual Artedi Symposia. For the last Shark Symposia in Stockholm, already terribly ill, she insisted for me to come to give a lecture. This is when I realized how severe it must already have been and unfortunately she could not be at the Symposia anymore and I was unable to see her …
“Fang travelled a long way, in culture, in love, and around the world. She visited almost all continents, she met so many interesting people, and she was at home with both the Chinese and the westerners, in food, in music, in laughter, and in friendship. She had a lot more to give and experience, and she was disappointed. She wanted to live more. But she also said that she had had a good life, regretting nothing, being satisfied with everything she had experienced, accomplished, and loved. She is now on her last journey, not coming back.”
This was written by Sven and much more. Anyone who cares to know a little more about this extraordinary and gentile person should read about her doings and see some of her photos of field trips and other happenings under: http://svenkullander.se/fang/
I just show a few photos of this amazing women hear, an extensive Orbituary I am writing up and will be published soon in aqua 16(3). 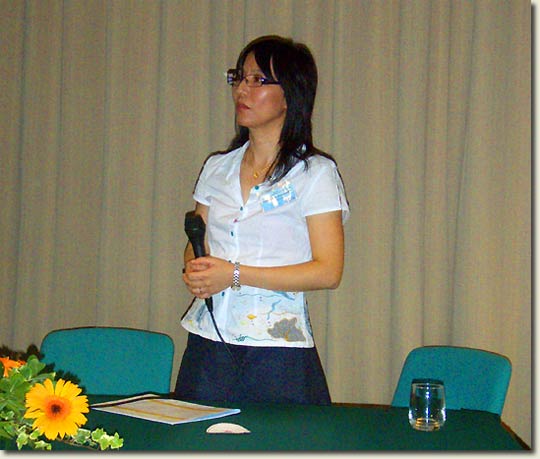 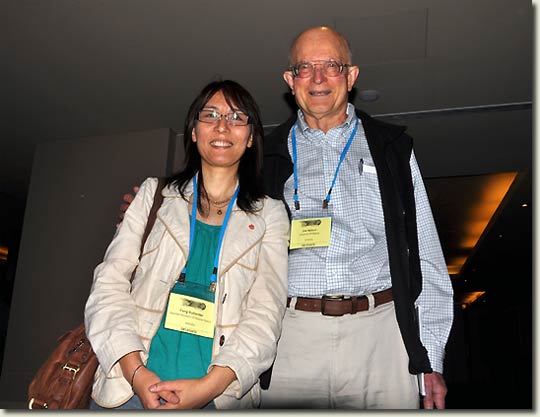 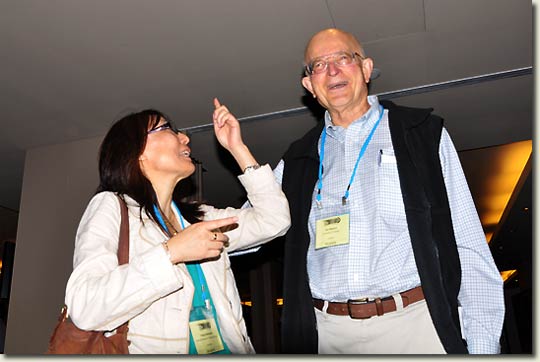 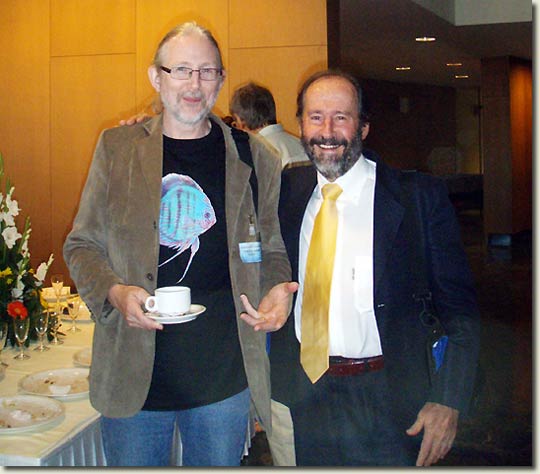 There was this beautiful poem from Mary & Frye on the goodbye card at the Ceremony:

She is definitely missed by her family, Sven, Tiantian, and Johan, her parents, her sisters Ming and Hong and their families, her father-in-law, and an immense number of friends and colleagues worldwide which includes me, very, very much.