Fish Farm in part financed by MPEDA, a small-scale establishment, it is a very old fish hatchery of Mrs. and Mr. Suni: 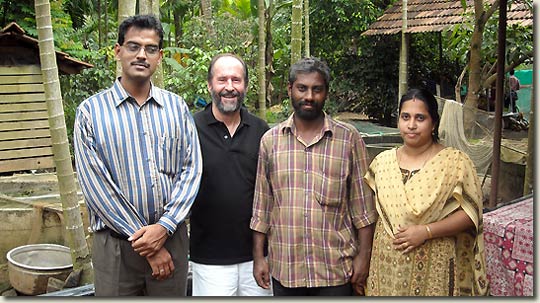 The second fish farm to visit in the Kochi region was the one of the woman breeder Mrs. Suni, here with her husband (second from the right), Heiko and Anil Kumar of MPEDA (left)

around the globe – thanks to one of the Bleher-family discoveries in the 1960s (named in honour of my mother,

Amanda Bleher, daughter of the pioneer of the “modern” aquarium hobby)… 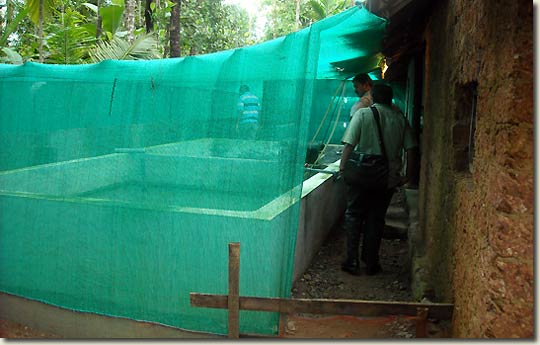 The new establishment built with MPEDA support is also protected from predators, but they had very

few fishes at the time of the visit and…

Danio (right), genetically manipulated fishes which have been banned now in most parts of the world

(except some Asian countries)

The new aquarium installation is small, but nice, although some of it could have been designed better and more efficient, like… 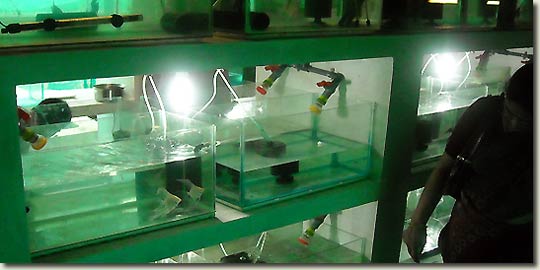 …the water supply and drainage system of each aquarium. Also…

Mrs. Suni and her husband have air pumps, batteries buck to backup electricity failure and

a permanent well for their water source (very important in India)