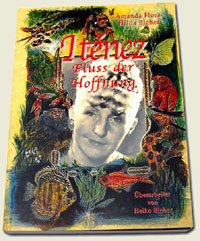 Finally the English version of  the “Itenéz – River of Hope” – the unique biography of Amanda Bleher, edited by Heiko Bleher, has arrived. In this book Amanda Bleher tells us the true story of her incredible life of discoveries, and primarily that of her two South American expeditions in the 1950s carrying her 4 children into the “Green Hell”…

This book tells a story true in every detail – that of the adventurous Mrs Amanda Flora Hilda Bleher, who relates the history of a large part of her life, an almost unbelievable tale right from the start. Amanda Bleher begins her book with her second major trip to South America in 1958, when she said farewell to Germany forever, with her goal the Iténez, a river on the border between Brazil and Bolivia. In so doing she refers extensively to her first journey to the New World – a journey that turned out to be an adventure beyond compare. A journey such as no woman before or after her has undertaken. She tells of the hardships that she had to overcome in the jungles of South America;  how, along with her four small children, she survived and battled her way through the ‘green hell’ in search of new species of plants, fishes, and other animals. Her objective was not to find gold, but to explore the Eldorado that is  the flora and fauna of South America… 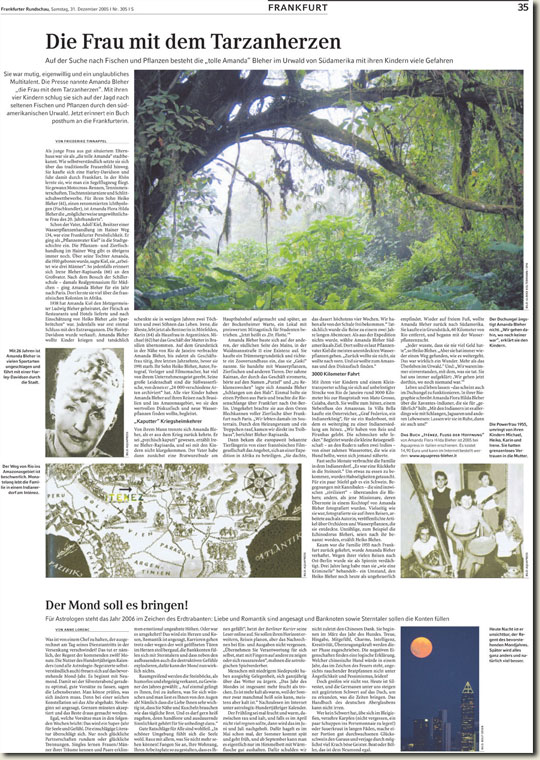 As appeared in one of Germany’s most famous daily’s Frankfurter Rundschau. In their Sunday issue they dedicated an almost entire page commenting on one of Frankfurt’s most famous women that lived and her amazing book Iténez – River of Hope. This was naturally in German language. But this book is also available in English language edition.

7 thoughts on “Iténez – River of hope”