The Ninth Congress of European Ichthyologists (CEI-9) was organized at the Department of Zoology, Iuniversity Frederico II, Naples and held on 24-30 August 1997 at the beautiful Maritime Station Congress Centre in Trieste, Italy. Over 390 participants from 52 countries presented their contributions either as papers or as posters, each offered in six concurrent sessions. The scientific program included six invited, plenary lectures, 28 key-note lectures and 234 oral presentations during the five concurrent sessions. Almost 140 posters were exhibited and several brief oral presentations in addition. Workshops like “Stocking & Introduction”, “Eco-hydrology”, “Computor Use in Fish and Fish Biology” and “Speciation and Species Diversity” had high attendance.  Many new, young colleagues attended  and made the CEI-9 very unique, exciting and a constructive experience.
During the CEI-9 a new EIS board for the Triennium 1997-2000 was elected as follows: President – Maurice Kottelat, Switzerland; Secretary – Sven O. Kullander, Sweden; Treasurer – François Meunier, France; Vice President – Pier Giorgio Bianco, Italy – the man who has done a tremendous job by pulling this fantastic event together (and who has received very little merit for it…).
Thank you Pier.

Below some photos of participants. 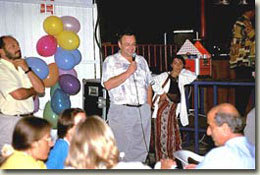 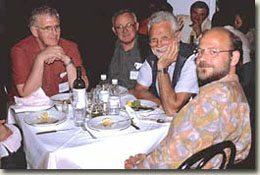 Photo right: Famous Ichtyologists from all over the world, like R. M. McDowel (left) or 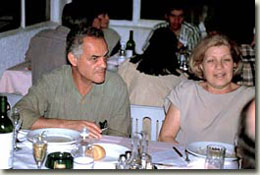 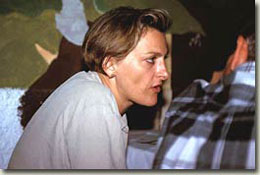 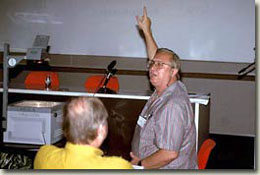 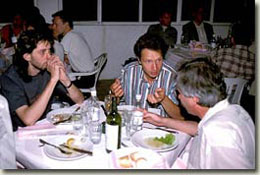