Natasha Khardina4 December 20075 May 2014 Expeditions - Past No Comments 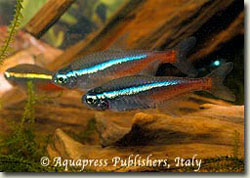 In September 2006 Heiko Bleher discovered a new, the 4th, neon tetra. On his second trip this year (2007) he took again his team to the Aiapuá Lake on order to study the habitat and biology of this new undescribed species. The article about this unique fish are already appeared in several international magazines. 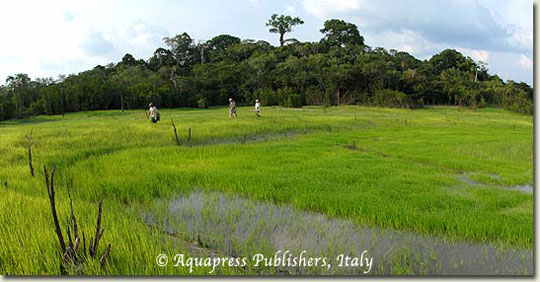 This time, when we visited the region of the new neons, the water level was extreme low 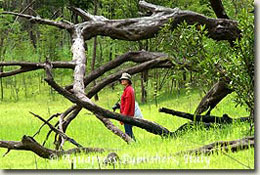 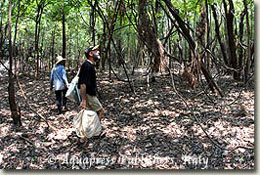 After the water receeded, in less than 4 weeks the bottom of the lago was covered with green grass,

which was about 40-120 cm high. In the darkness of the flooded rainforest such grass does not have

enough light through the dense canopy…

…but this humid and dark natural habitat is a real paradise for many forms of life, 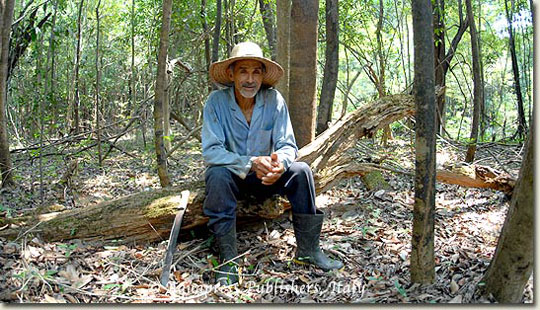 Our guide from Uxi: Francisco Roça 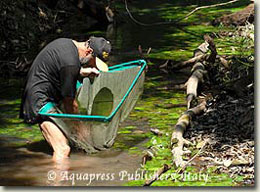 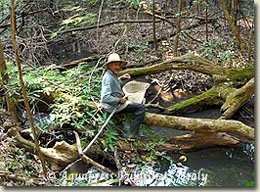 Collecting in the biotope of the new neon…

…and it lives in a unique, untouched and beautiful habitat, far from any civilisation,

that is also why it was never discovered before