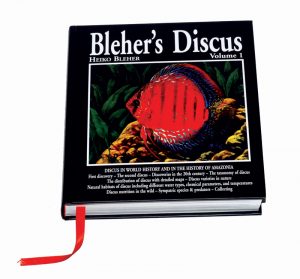 A Monograph –
An unsurpassed and comprehensive study of the genus Symphysodon 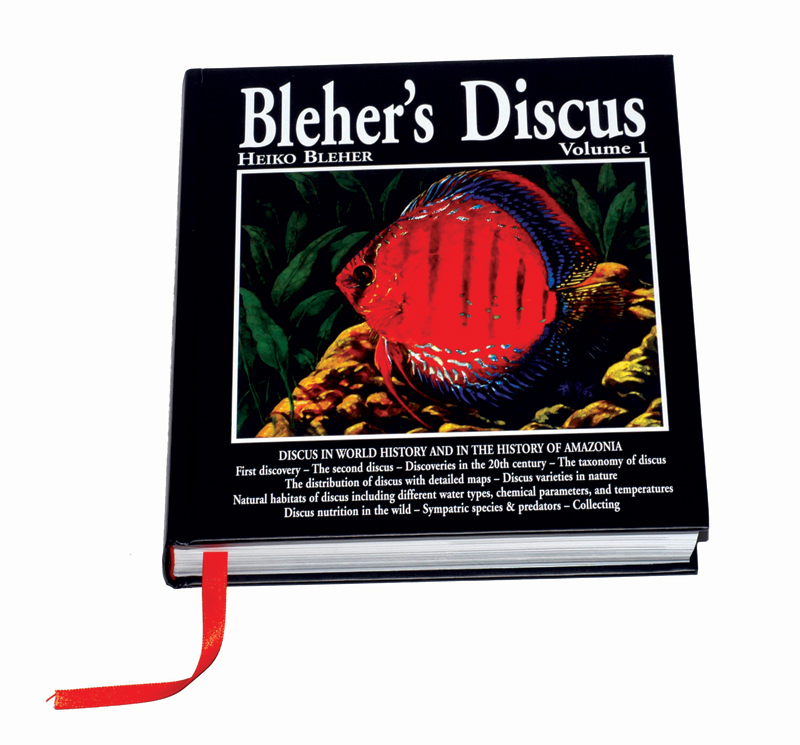 An unsurpassed and comprehensive study of the genus Symphysodon

Whether it was the Emperor Napoleon or Prince von Metternich who was responsible for the original discovery of the discus is something the reader himself must decide, but the rest of this more than 1300 page work – published in two volumes – is far from ambivalent.

In Volume 1 – containing around 5000 photos, paintings, and drawings, plus some 50 maps – Heiko Bleher first of all guides you through more than 150 years of discovery, documented in the finest detail. He brings to life all the scientists who have worked on the genus – with in part unpublished work and photos – and, after almost half a century of debate regarding the systematics of the genus, provides a new and easy-to-understand summary of the taxonomy. Next, the distribution of the genus and the individual species is shown practically down to the smallest igarapé or lago, on eight double-page maps. For the first time with precise details of water type, researched in the field. In the fourth chapter Bleher covers all the wild forms known to date (some hitherto unpublished) and their colour variants, in words and photos – the results of his more than 300 research and collecting expeditions. The locality data have been extensively checked in the field over the years up to 2005. In Chapter 5 he guides the reader through the history of Amazonia – back to the time of its discovery – and tells extensively about the early history of the region and the numerous indian tribes (mainly personal experiences among the aboriginals). In addition the natural habitats of the discus are described and illustrated, with water  parameters (measured by both day and night) given for 75 different locations; almost every major water in Amazonia is mentioned at length, with details of which form(s) do or do not occur there; and places that remain unexplored to date are listed. He also details extensively – more than 80 pages – the diet of the discus in  nature, the communities of which it forms part (with sympatric species listed) and its enemies, as well as the various methods of capture used from the beginning to the present day.