The 14th Zierfische & Aquarium exhibition and conference closed its doors on October 3rd, 2011 after the last of the 25,000 visitors had left and Norbert Zajac, the organizer announced that this was the last one. Mister Zajac claims that because of missing participation of the industry and also (or mainly) because the exhibition has not fulfilled lately its scope anymore: to show the beauty of decorated aquariums in order to attract more people to the most beautiful and educational hobby … And Heiko Bleher, who did most of these unique events his authentic “Bleher’s nature biotopes“, did also not do it this year. After the negative comments about his biotopes spoken out by a single man, a friend of Zajac, last year (every one else did appraise his work – like always), he refused to do it again in 2011 … Below some pictures of this, which was the largest aquarium fish exhibition and conference anywhere in the world for one decade and half: 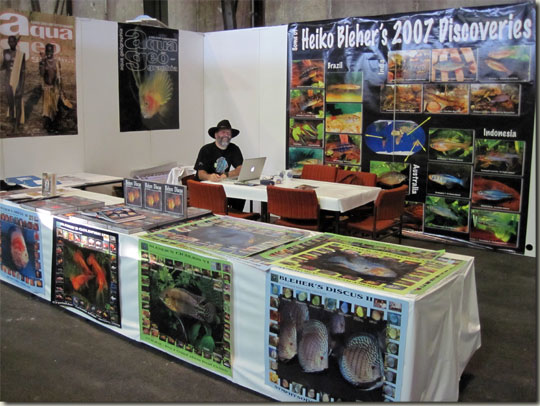 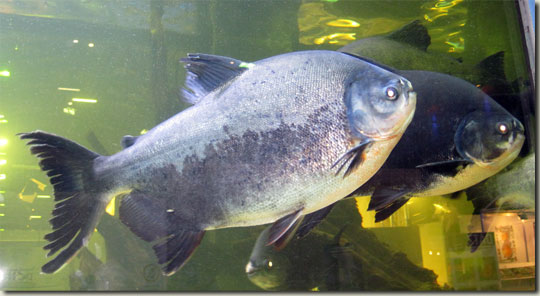 Aquapress Bleher, had again like on everyone of the 13 past Zierfische & Aquarium exhibitions and conferences its stand, only this time without Bleher’s nature biotopes”. But Zajac, the organizer had again his 20,000 litre container aquarium filled with large Amazon fishes, a big show tank. 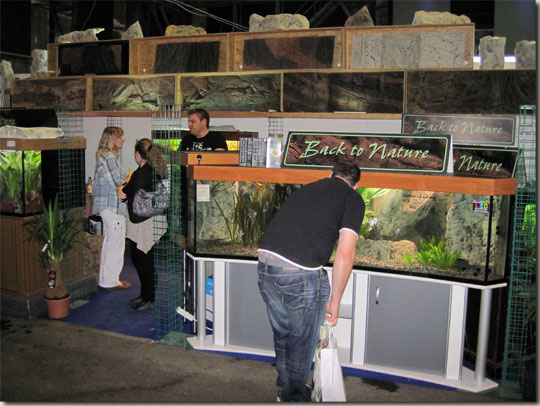 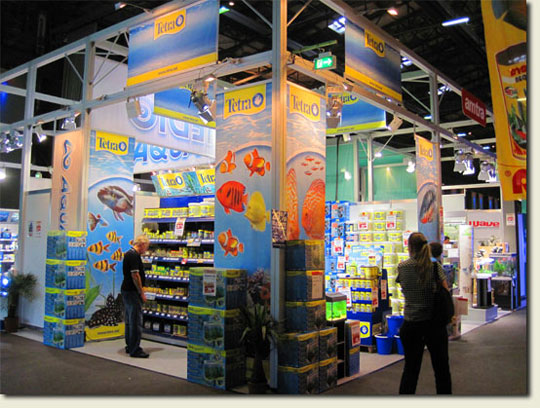 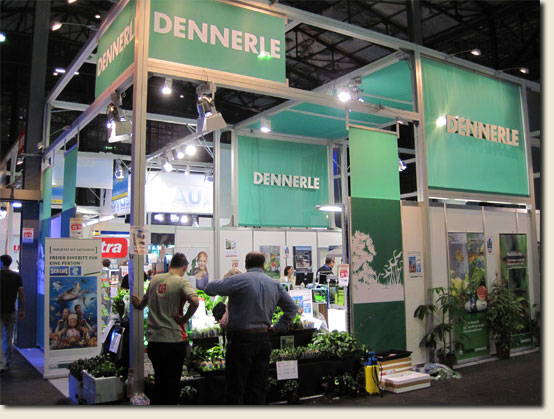 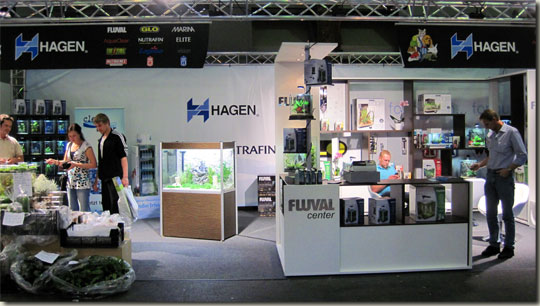 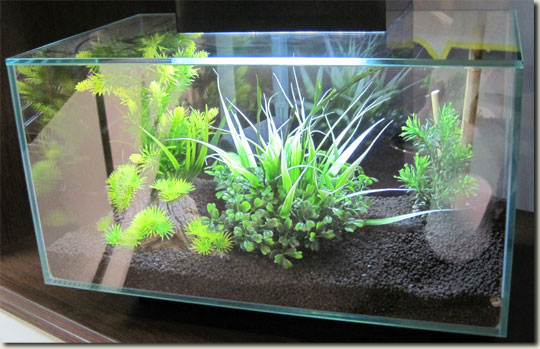 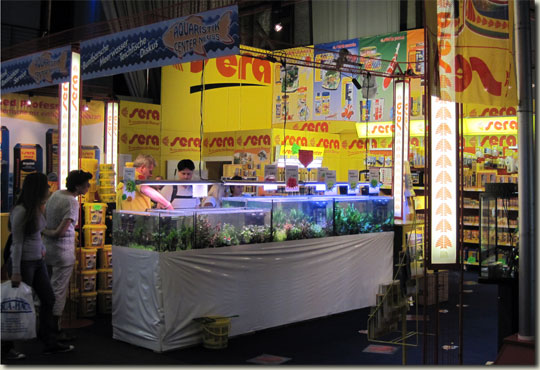 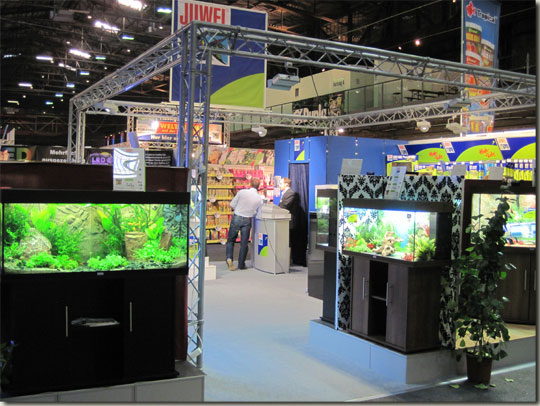 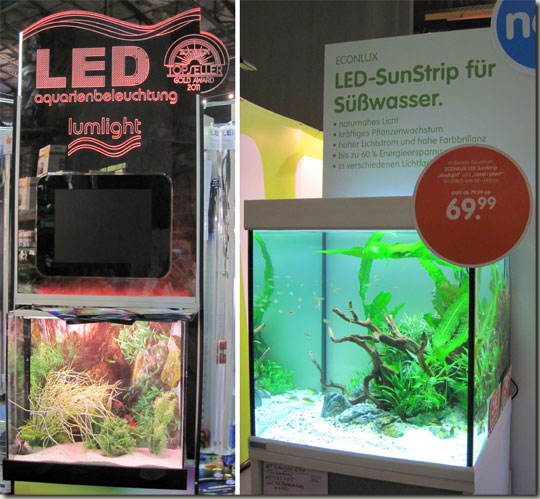 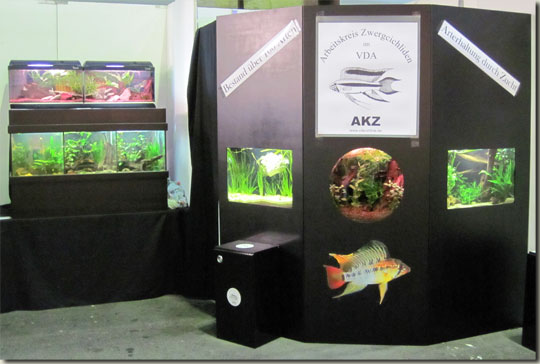 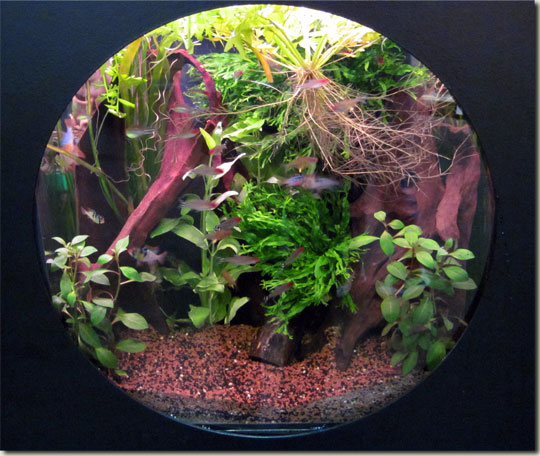 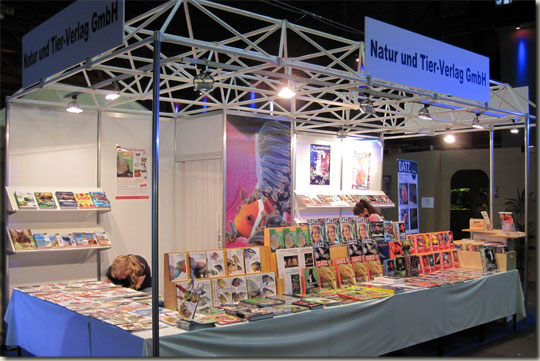 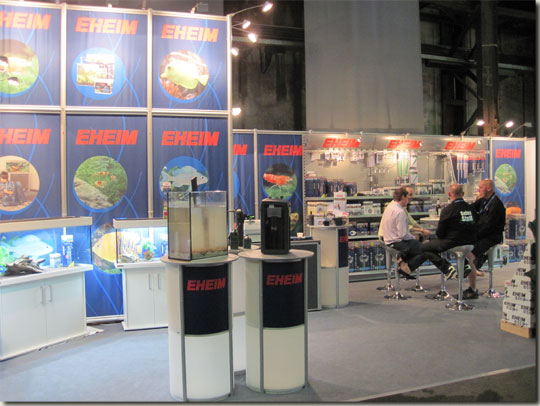 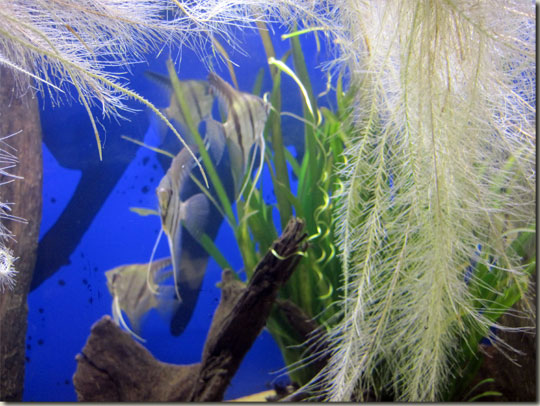 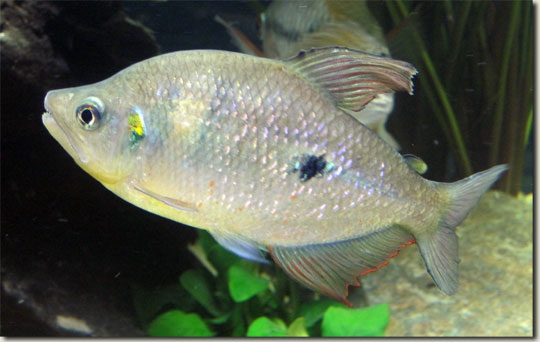 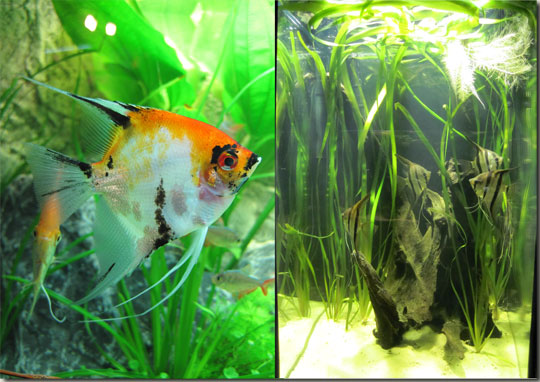 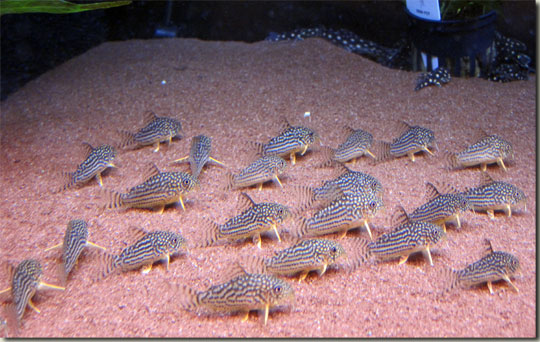 But all in all there were not as many decorated aquariums this time and we understand Norbert Zajac’s very well. Also one could see that some aquariums were not decorated very nicely and also miss-identified, such as the rare tetra Rhoadsia altipinna, which is only found in Ecuador, written “Mittelamerika”, which means Central America where it is never found. There were also some nice tank-bred angelfishes displayed, but the angelfish marked as Pterophyllum altum were actually P. scalare from the Rio Negro. But we liked the group of tank-bred Corydoras sterbai, although they should have had fine white sandy ground … 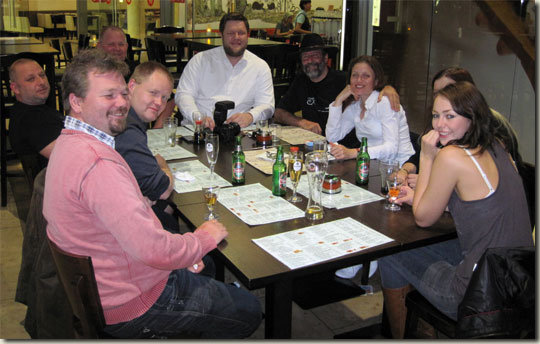 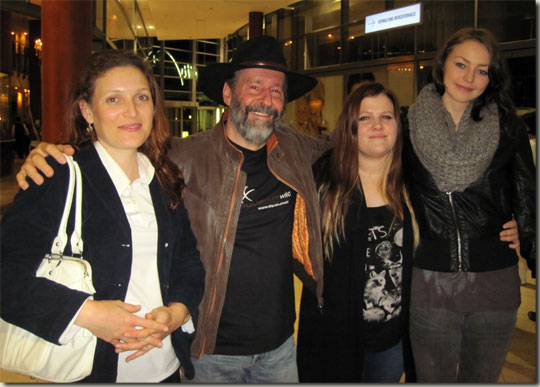