Natasha Khardina1 December 20075 May 2014 Expeditions - Past No Comments 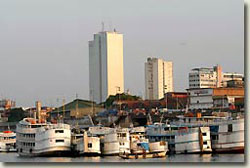 Manaus is the capital of Brazil’s largest state, the Amazonas. And Manaus is the point of departure for most Amazon expeditions. In the vast Amazon region, roads are very few and the recreio is the main way of transport, the “bus” of the Amazon. 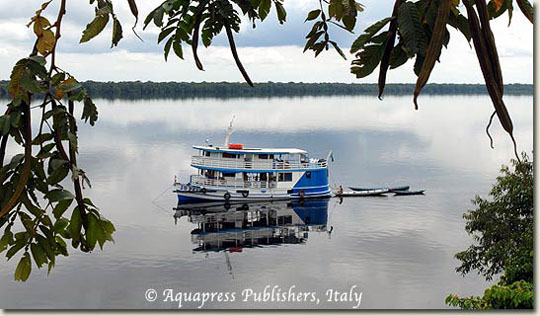 Our boot on the Rio Aracá

Archenor guiding the second canoe with the Greek Nidal, the German Peter, Juan the Mexican

and Ángel from Spain. Raimundo controls in the rear of the canoe (right) 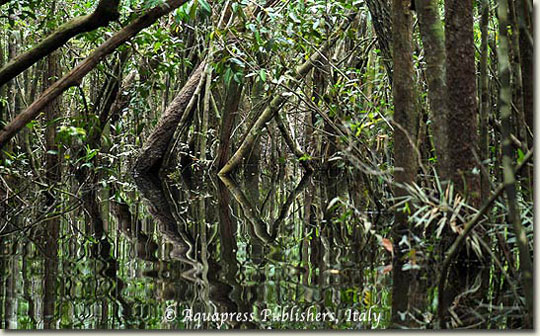 Collecting in the biotope of the cardinal-tetra Paracheirodon axelrodi

Photographing the fishes on board after collecting: Ángel (Spain) & Natasha (Uzbekistan).

in the dense flooded forest, often during tropical rain showers

Indians of the Kukui village. The chief of a Desanuá tribe married a Baniuá women and moved with her to this remote and isolated Aracá region 40 years ago. The chief with Riccardo, Miguel and Heiko looking at a map he made, while his wife is roasting the the farinha – their main food, made from manioc

Some beautiful characoids we discovered (left and center) and a new Fluviphylax sp. (right)